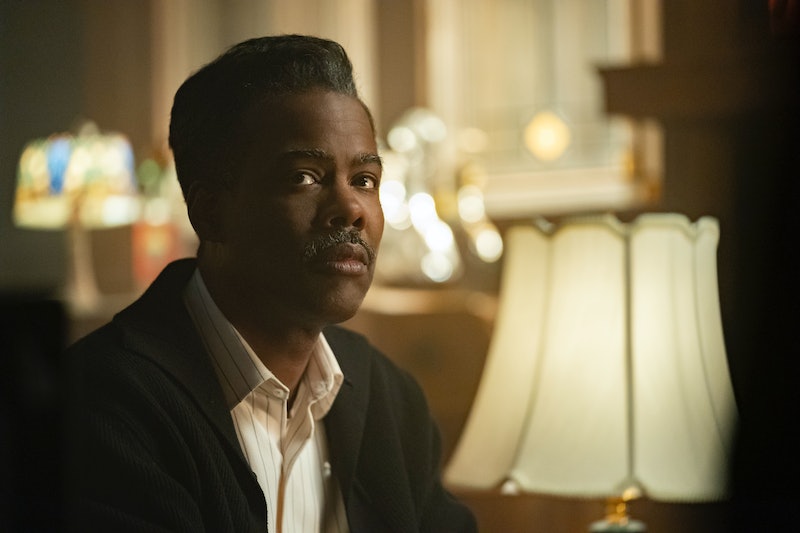 After three years of waiting, the fourth season of Fargo is finally here, featuring a brand new gang of Midwestern locals telling a brand new small town tale. The new season takes place in 1950s Kansas City and focuses on Chris Rock's Loy Cannon, the head of a crime syndicate full of Black migrants attempting to flee the South, who goes head-to-head with a competing Italian mob for power. And though Cannon was not a real person himself, he was actually inspired in part by multiple men, some of whom are really close to Rock's heart.

Cannon was reportedly based on James "Doc" Dearborn, who, according to the Gangster Report, was the leading Black organized crime figure in Kansas City. Per the report, he worked in partnership with the Civellas, a notorious Italian crime family, not against them, and used his own agent, Joseph "Shotgun Joe" Centimano, as the messenger between him and mafia boss Nick Civella, who provided the inspiration for Cannon's competitors on the show. Ganster Report also noted that Doctor Senator, one of Cannon's top advisors, could be a sly reference to Doc Dearborn.

Although Cannon is inspired by a real-life mobster, Rock actually geared up for the role by emulating someone much closer to him. "I'm basically playing my grandfather," he said in an interview with USA Today. And while he was not a mob boss, his grandpa had many of the same character traits as Cannon, including his experiences with crime and violence.

"My grandfather’s a preacher, but he also killed a man," Rock revealed. "Preachers aren’t the most faithful of husbands. People that aren’t faithful, people that cheat, get really jealous. He thought my grandmother was sleeping with a guy next door and he threatened the guy — 'if you take one more step in my yard, I'll blow you away' — and the guy took one more step." The incident occurred when Rock was a kid in the early '70s, and his grandpa ended up serving jail time for his crime. "I don’t know exactly what happened, but I think it was manslaughter," he said.

In a separate interview, Rock explained that he also had uncles with similar backgrounds who reminded him of his Fargo character. But even though Cannon mirrors more of his family's flaws than their virtues, Rock and his family were still sentimental about seeing him emulate his grandfather on the show. "I sent my mother a picture of my character with the hair and everything and she’s ready to cry," he recalled to USA Today. "She said: 'You look like your grandfather.'"

More like this
Nicola Coughlan Shared A Lady Whistledown Excerpt From ‘Bridgerton’ Season 3
By Grace Wehniainen, Alyssa Lapid and Sam Ramsden
Alicent's Green Dress In 'House Of The Dragon' May Be An Act Of War
By Kadin Burnett
'The Rings Of Power' Episode 4 May Put A Face To Season 1’s New Villain
By Kadin Burnett
An 'Everything Everywhere All At Once' Star Just Joined The 'Loki' Season 2 Cast
By Grace Wehniainen
Get Even More From Bustle — Sign Up For The Newsletter