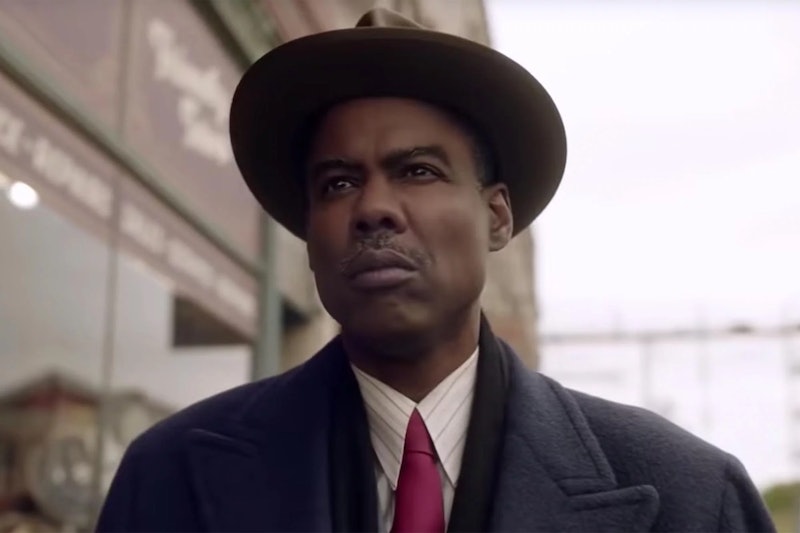 In the upcoming season of the FX drama Fargo, a midwestern city is once again thrust into a world of crime and scandal. This time, it's Kansas City, Missouri, in 1950. Like the three previous seasons of the acclaimed series, Season 4 of Fargo is not based on a true story, but that doesn't mean its storyline didn't draw at least some inspiration from real people or history.

The season follows two crime families vying for control over the city who have reached a very uneasy truce. At one end is an African American crime family headed by Loy Cannon (Chris Rock). At the other is the local branch of the Italian mafia, led by Donatello Fadda (Tomasso Ragno). To achieve their truce, the two patriarchs have traded each other their youngest sons to hold onto as a sort of Biblical collateral exchange. This certainly doesn't appear to be based on a real event between American crime families, but such arrangements have appeared in fiction before. In DC Comics, the superhero Highfather and villain Darkseid once traded sons to avoid war. And in Game of Thrones, The Iron Islands' heir Theon Greyjoy was sent to be raised by rival Ned Stark to keep his kingdom from revolting against King's Landing again. Whether Fargo took inspiration from either of these works is unknown, and maybe even unlikely.

Instead of a specific event, the series targeted a unique time and place to tell a story about the American experience. Specifically, Fargo's fourth season looks to examine issues of immigration — from both other countries and the Jim Crow South — and assimilation in the mid-century Midwest. "Fargo is always a story about America, on some level, and I like the idea of going back in time to look at a very seminal period in American history," series creator Noah Hawley told USA Today. "I had this idea about these two families, these two criminal organizations, where they trade their youngest sons in order to keep the peace as an insurance policy. And I thought that was a really interesting dynamic. It created a lot of conflict, but it also was a way to look at assimilation and immigration and this collision that took place in northern cities." It's also worth noting that both the Italian Mafia and the Black Mafia were active in Kansas City at least in the 1960s, if not earlier, per Film School Rejects.

Rock's portrayal of Cannon was also inspired by an actual person — though not a mobster. "I’m basically playing my grandfather," the actor told USA Today. "I was born in South Carolina, my parents were born in South Carolina, my grandparents. So this guy is kinda the same age as my grandfather. My grandfather wasn’t a mob boss, but he was a preacher, he was a public figure. My father had nine brothers, five sisters. Probably 70% [of them were] in jail, so I’ve been around that stuff a lot. I sent my mother a picture of my character with the hair and everything and she’s ready to cry. She said: ‘You look like your grandfather.’"

Fargo Season 4 may not be based on a true story, but like any good piece of fiction, there are some traces of reality buried within it.