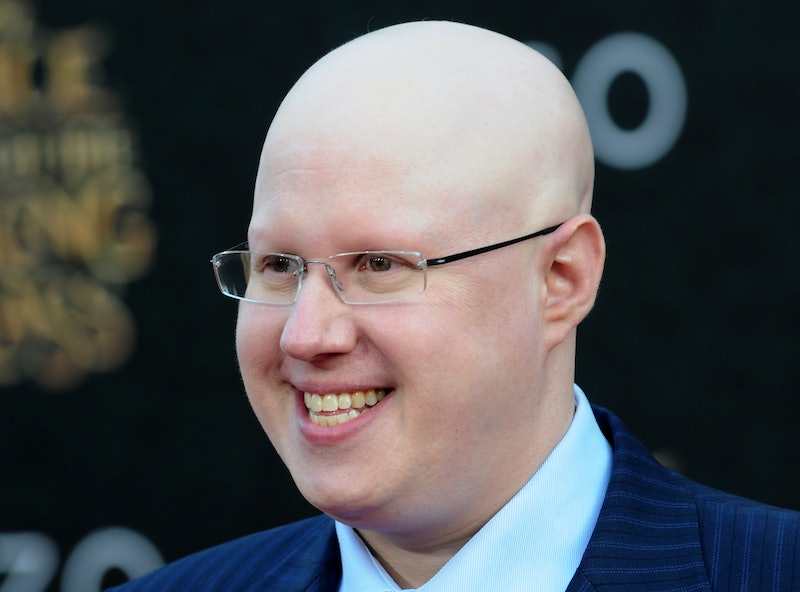 Matt Lucas first rose to fame back in the early '00s thanks to the success of Little Britain, and has since gone on to star in big British series and even in Hollywood movies. Now he's joining the cast of Channel 4's Great British Bake Off to host alongside fellow funnyman Noel Fielding. So, we know his professional life is as busy as can be but I'm sure many of his fans might be keen to know about his personal life too. For example, is Matt Lucas married?

Although he's currently single, Lucas was previously married to TV producer Kevin McGee from 2006 to 2008. Sadly, in 2009, McGee took his own life following a battle with depression and substance abuse. Lucas has been open about how grief affected him, telling the Times "I ended up eating lots and having lots of sex. That was how I responded. As much as anything I was trying to distract myself."

On the tenth anniversary of McGee's death, Lucas shared a moving Instagram post in memory of his former husband. The picture shows McGee smiling on a train platform and Lucas described his deep admiration for him saying, "I loved him more than anyone I've ever met, and still do. He was so funny and silly and clever and kind and handsome and his smile made my heart soar. We were together for nearly six years and he made me the happiest man on the planet." Lucas was also incredibly kind and empathetic towards mental health struggles and addiction when his said, "I guess some people don’t have the armour for this world."

At the moment, it appears Luca is trying his hand at online dating. In May, he jokingly tweeted about sending his Wikipedia page to potential suitors. Which is understandable, as he's previously revealed that he has trouble convincing people he's the real deal. "Sometimes they go, 'you’re not Matt Lucas', and I don’t know what to say," he said (via The Sun) in November last year.

Lucas has been so busy throughout lockdown that it's a wonder he's had any time to log onto dating apps at all. Not only did his Baked Potato song go viral, but he ended up performing it with multiple celebs including Ronan Keating, Gary Barlow, and the BBC Concert Orchestra for Comic Relief's Big Night In. He's also managed to master some fairly spot on impressions of Boris Johnson.

More like this
'Abbott Elementary' Fans Probably Missed This 'Parent Trap' Easter Egg
By Sam Ramsden
This Pre-'Love Island' Video Of Olivia & Zara Together Changes Everything
By Bustle UK
A New Netflix Doc Will Explore The Unsolved Murder Of Jill Dando
By Sam Ramsden
Twitter Can’t Make Up Its Mind About Ekin-Su’s 'Dancing On Ice' Skate-Off
By Sophie McEvoy
Get The Very Best Of Bustle/UK
Sign up for Bustle UK's twice-weekly newsletter, featuring the latest must-watch TV, moving personal stories, and expert advice on the hottest viral buys.