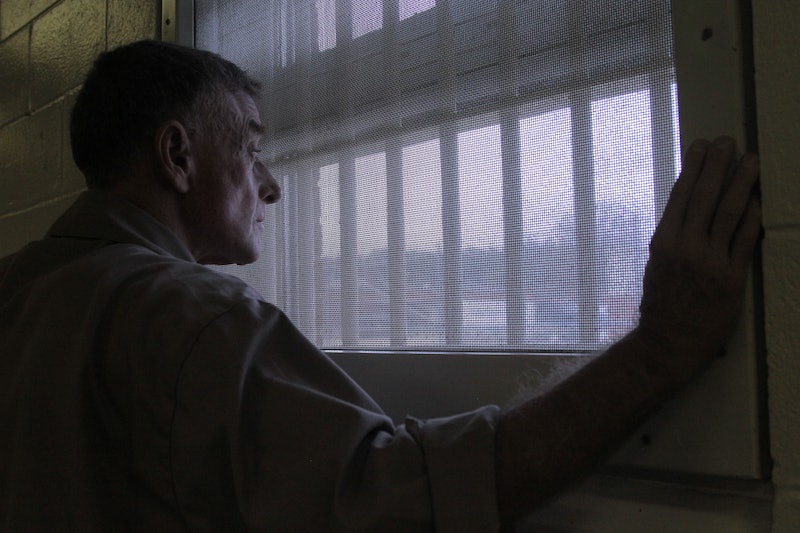 The new HBO Max miniseries The Staircase is a fictionalized adaptation of the popular true crime docuseries of the same name, which was re-released by Netflix in 2018 with new episodes. Both series tell the story of the trial of novelist Michael Peterson, who was accused and eventually convicted of murdering his second wife, Kathleen Peterson. The HBO Max scripted series, which stars Colin Firth and Toni Collette as Michael and Kathleen Peterson, promises to actually incorporate the presence of the documentarians into its retelling of Peterson’s story. Although Peterson served eight years in prison, he is currently a free man after the verdict in his original case was vacated.

In 2003, after one of the longest trials in North Carolina history, Peterson was found guilty of the murder of his wife, Kathleen, and sentenced to life in prison without the possibility of parole. However, after serving eight years of his sentence, Peterson was released from prison and placed under house arrest after the revelation that a blood-spatter analyst who worked on his case had given “misleading” and “deliberately false” testimony on his case, as well as countless others. The State Bureau of Investigation analyst in question, Duane Deaver, was one of the principal witnesses against Peterson in his trial — in fact, it was blood spatter at the crime scene that had first led law enforcement to consider Kathleen’s death a murder rather than an accident. So, after the evidence Deaver had presented in the original trial was deemed unsound (and he was fired) in 2011, a judge vacated the original jury’s verdict in Peterson’s case and ordered a retrial.

In the years following his release, Peterson’s legal team worked to get the charges against him dismissed but were ultimately unsuccessful. So in 2017, Peterson faced the choice of undergoing a retrial with the risk being incarcerated again or submitting an Alford plea, which allows a defendant to admit that the state likely has enough evidence to convict them while still maintaining their own innocence. He ultimately decided to submit an Alford plea to a charge of voluntary manslaughter, after which he was resentenced to 86 months in prison — but since he had already served more than that amount of time, he was allowed to go free.

Currently, Peterson reportedly resides in Durham, North Carolina — though not in the house where Kathleen died. According to what his son Clayton told the Raleigh News & Observer in 2021, Peterson had been living with his first wife, Patricia, until her death due to a heart attack.