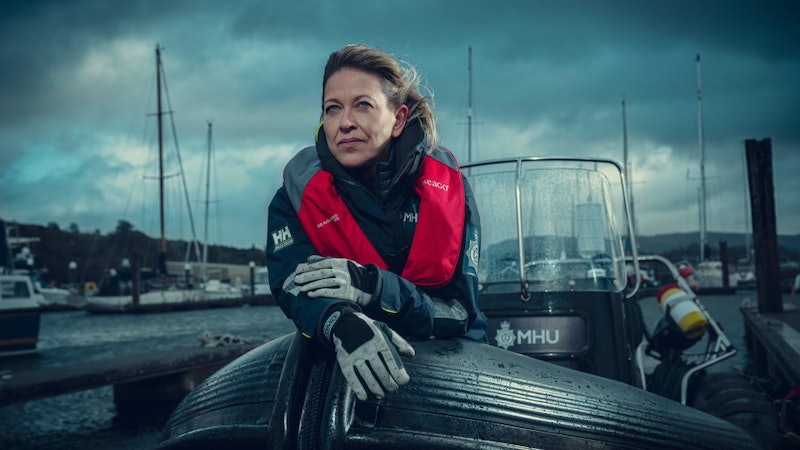 Adapted from the BBC Radio 4 play Annika Stranded, Albi’s Annika begins tonight (August 16) and sees Nicola Walker reprise her role as Scandinavian detective Annika Strandhed – this time for TV. Now solving crimes in the Scottish highlands, Annika brings her unique and witty observations to the Marine Homicide Unit (MHU) as she takes on investigations with the help of her teenage daughter. But is the Norse detective based on a true person?

Well, as real as she may feel at times, Walker’s character is in fact a work of fiction. She was created by Nick Walker (no relation to Nicola), a man with huge adoration for the Scandi-crime genre. “Nick uses all the traps and the shape of the crime drama that we know so well,” Walker explained in a recent interview with Bradford Zone, “but he writes it with a glint in his eye.”

While this certainly isn’t the first time Walker has portrayed a detective (with past roles including DCI Jo Fontaine in Prisoners Wives and DCI Cassie Stuart in Unforgotten), it seems Annika may be the actor’s favourite to date.

Speaking to Sweet Talk Productions (the company behind the original Radio 4 series) about what attracted her to the role, Walker said: “I fell in love with Annika immediately. She just jumped at me off the page! Straight away it was obvious that Nick had created this woman who was fabulously complicated, funny and totally unique. And she's ‘difficult’ in the most appealing way. I love difficult women.”

She added: “Annika is definitely my fantasy alter-ego! Her work and her private life are mashed up together and she's never anything less than true to herself. She's far bolder than me, far less concerned about other people's opinions, I love that about her. And I love her attitude to the darker, difficult parts of her job and her life.”

Annika starts on Alibi on August 16 at 9 p.m. and will air over six consecutive Mondays.