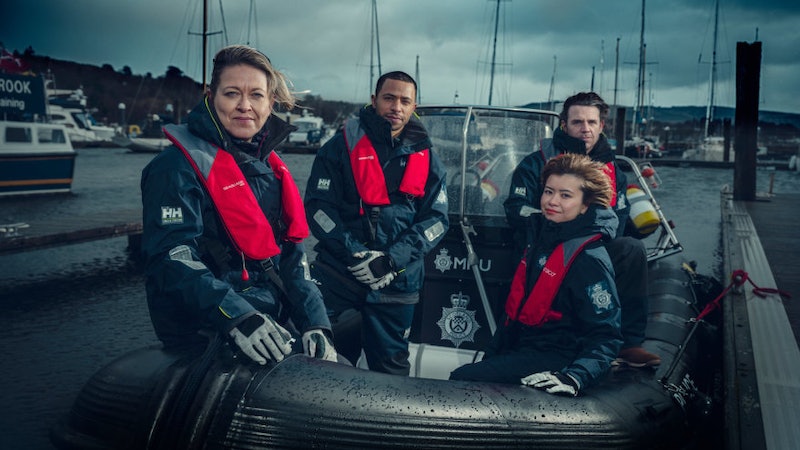 BBC Radio 4’s popular crime drama Annika Stranded is finally getting the TV treatment. Simply titled Annika, Nicola Walker will reprise her role from the radio show as Scandanavian detective Annika Strandhed. But instead of leading a murder squad in Oslo, she’ll be making the move to Scotland, where she’ll be in charge of a homicide unit. Here’s everything we know so far about Annika.

When will Annika air?

Anniki will premiere on Alibi on August 16 at 9 p.m. and will air over six consecutive Mondays.

If you want to familiarise yourself with Annika ahead of the TV adaptation, you can listen to the Radio 4 show on BBC Sounds.

What's the plot of Annika?

Written by Nick Walker (no relation to Nicola), the radio series followed Annika as she investigated criminal cases with a murder squad in Oslo. The series, also written by Nick Walker, will follow the same trajectory – only this time she’ll be doing so on the water, with a new specialist marine Homicide Unit (MHU) “that is tasked with investigating the unexplained, brutal, and seemingly unfathomable murders that wash up on the waterways of Scotland.”

Who's in the cast of Annika?

Is there a trailer for Annika?

The trailer for Annika began airing on Alibi in August. Alongside snippets from the series (which show scenes of floating bodies, dramatic cliff falls, and car explosions), Walker (as Annika) can be heard narrating. “Solving a murder can be a slippery business,” she says, in a gentle voice. “You might say there’s more beneath the surface than meets the eye. Things are not always as they appear. People not always as they seem. And answers can allude you. But, as with all the best stories, tension is clearly important.”

In the final snippet, we see Walker turn to camera. Staring directly into the lens, she says, “Just not too much.”

This article was originally published on Feb. 4, 2021