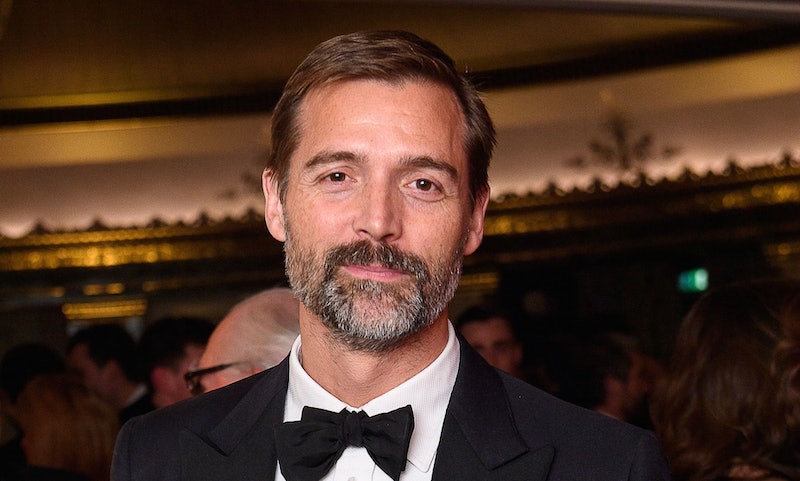 You may be finding yourself wanting to get reacquainted with the show's judges with The Great British Sewing Bee’s return — and possibly one in particular. Let's be honest: many of us have a bit of a crush on Patrick Grant. Talented, classy, and pretty easy on the eyes, Grant is a favourite TV judge for many. But is Patrick Grant married? And what is it exactly he does when he's not judging on The Great British Sewing Bee? Let's take a deep dive into the world of this charismatic Scottish designer.

Currently, Grant is the Creative Director of fashion line E.Tautz, but he has a long history in the industry. The designer has turned not one but two floundering men's tailoring brands back from the brink and taken them onto success, as Business of Fashion reports.

Grant’s first win came after he bought Norton & Sons, a once-esteemed tailor established in 1821, that was struggling. Grant had no formal training in fashion and had to mortgage everything he owned, but his big risk paid off when the company became profitable again and worked alongside big brands such as Christopher Kane to create tailored catwalk looks.

Grant then moved over to E.Tautz, which was also in distress. He managed success with the tailoring brand, which now has a turnover of over £1 million, according to BoF. In 2010, Grant was awarded menswear designer of the year at the British Fashion Awards for his trouble. In short, he is a very talented designer and creative director in the British fashion industry.

Outside of work, Grant’s social life stays pretty under wraps. However, the Times reports that he separated from his girlfriend of eight years – fellow designer Katie Hillier – in 2016. The pair used to live together and had homes in both Marylebone and Oxfordshire.

It is unclear whether Grant has been in a significant relationship since but, in May last year, he revealed that he wouldn’t be against dating a fan of the show. “I’ve dated people who are fans, but I didn’t find them through the fandom,” he told The Sun. “It would be unusual if that was how it happened, but I couldn’t rule it out.”

Grant is back on our screens for the new series of The Great British Sewing Bee, which airs on Wednesdays on BBC One at 8 p.m. Hosted by comedian Sara Pascoe, Grant will again be joined by Esme Young on the judging panel. This is the show’s eighth series.