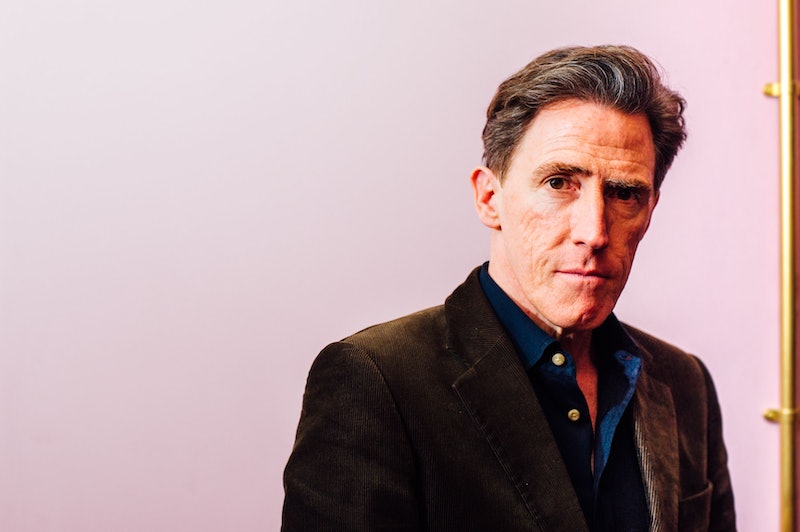 Christmas without a new Gavin and Stacey is a little upsetting, but at least fans will be able to see Uncle Bryn in some capacity. Playing opposite Dawn French as Beatrix Potter in Roald & Beatrix: Tail of the Curious Mouse, Rob Brydon will play Potter’s husband William Heelis in the heartwarming festive tale. But what about the actor’s relationship status in real life? Is Rob Brydon married?

Brydon is married to Clare Holland, a former producer on The South Bank Show. The couple reportedly met in 2002 at the South Bank Awards and got married four years later. They have two sons together and currently live in Strawberry Hill in Twickenham. Before meeting Holland, the actor was married to Martina Fletcher from 1992 to 2000, from which he has two daughters and a son.

While Brydon and Fletcher divorced amicably, it didn’t stop him from feeling “derailed” and “lost” following their separation. “I’d been married, with three children, then that goes. All the stage posts in your life, the boundaries that are there, they vanish,” Brydon told the Sunday Times magazine in 2012. “It just came to an end. It was just two people who said, right, this isn’t working, so we ended it. We did it in as civilised a manner as we could. We both wanted it to happen. I’ve tried to make my children’s parents’ divorce not a huge influence on their lives. I don’t see how you can do it any other way.”

And even though Brydon’s one of Wales’ most recognisable stars, he strives to keep his focus on his family rather than focusing all his time on performing. “The way I think of my position in the industry, I don’t need to be Steve [Coogan], or Ricky [Gervais], or Sacha [Baron Cohen], these explosive perkow guys,” Brydon explained in an interview with the Guardian. “I’m pretty happy. I know that’s a bit dull. I know that’s a bit ‘meh’, as people say. But I’ve got five kids. My head can’t be everywhere.”