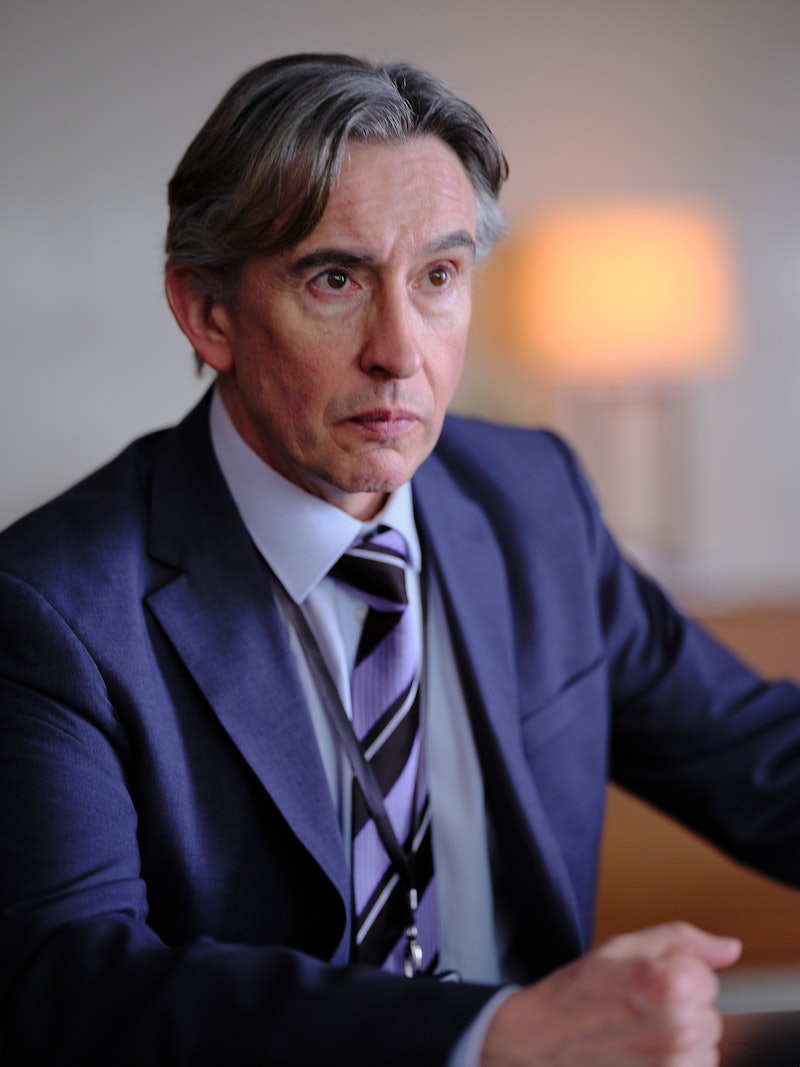 In 1993, teenager Stephen Lawrence was murdered in an unprovoked, racist attack in London. Set more than a decade later, ITV’s newest drama Stephen tells the story of how a veteran police detective worked alongside Doreen and Neville Lawrence to get their son’s murder case reinvestigated and finally helped bring two of the killers to justice. At the centre of the story is Detective Chief Inspector Clive Driscoll, who is portrayed in the ITV drama by Steve Coogan. But, is DCI Driscoll based on a real person?

In short, the character of DCI Clive Driscoll is based on a real person and ITV’s Stephen is also inspired by true events. Per The Sun, Driscoll is a former Detective Chief Inspector for the Metropolitan Police and is known to have worked on a string of high profile cases, including that of Lawrence’s.

He first joined the Metropolitan Police back in 1971, beginning his career as a constable and later heading the Racial and Violent Crime Task Force. In 2014, he retired from the police force, although, Driscoll claimed he was forced out by pressure from senior officers.

The following year, in 2015, Driscoll released his memoir In Pursuit of the Truth and was also awarded an honorary degree from DeMontford University in Leicester for his contributions to law and justice in the UK.

As mentioned, Driscoll’s work on the high-profile murder case of Stephen Lawrence is at the centre of ITV’s latest three-part drama, in which he is portrayed by Steve Coogan of I’m Alan Partridge fame.

Per Radio Times, Driscoll opened up about the moment he learned Coogan would be playing him in the ITV drama, and joked that he had “credibility” with his children “for a nano second” as they’re big fans of the actor and comedian.

“I spoke to him on Zoom for two-and-a-half hours. He was incredibly lovely and down to earth… He is a very talented man,” Driscoll revealed, adding that he also thanked Coogan for keeping “Stephen’s story out there.”

He continued, “I still think we can all learn from Stephen’s story and we should cherish his memory.”

ITV’s Stephen arrives more than 20 years after the broadcaster’s award-winning documentary-drama The Murder of Stephen Lawrence, which aired back in 1999 and depicted how the Lawrence family’s private prosecution against three men suspected of killing their son ultimately collapsed.

Stephen tells viewers the story of what happened next. Penned by Frank Cottrell Boyce and Joe Cottrell Boyce, the ITV series revolves around DCI Driscoll’s reinvestigation of the case, which was backed up by Doreen Lawrence’s overturning of the double jeopardy law, and ultimately led to the convictions of two gang members accused of murdering Stephen Lawrence.

In a statement to the Radio Times, ITV said the drama has been created “with the full support of the Lawrence family,” adding that Baroness Doreen Lawrence and Dr Neville Lawrence “have given the drama their blessing.”

Stephen is scheduled to air on ITV in Autumn.