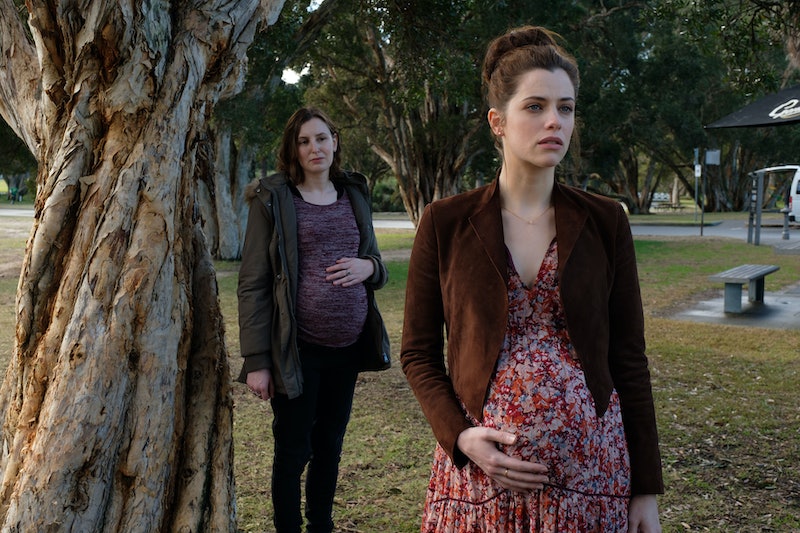 Australian psychological thriller The Secrets She Keeps follows the story of two pregnant women who share the same due date, and despite living very different lives, develop an unexpected bond. Starring Laura Carmichael and Jessica De Gouw, the six-part drama has finally made its way over to the UK. But what else is there to know about the BBC's latest offering? And is The Secrets She Keeps based on a true story?

The series was adapted from Michael Robotham's 2017 novel of the same name, and inspired by the real-life kidnapping of Abbie Sundgren. The abduction took place at Nottingham’s Queen's Medical Centre back in 1994, when a woman dressed in what appeared to be nurse attire took Abbie from her father, after convincing him the newborn was in need of a hearing test — just a few hours after her birth.

News of the kidnapping rocked the nation, and after 17 torturous days, Abbie was safely returned to her parents, Karen and Roger Humphries. She was found in the Nottingham suburb of Wollaton, and it was later revealed the newborn had been abducted by former-dental nurse Julie Kelley, who had faked a pregnancy in an attempt to save a troubled relationship.

As the Radio Times reports, The Secret She Keeps loosely reimagines this chilling tale, and is set within an affluent Sydney suburb. The drama centres around supermarket worker Agatha and mummy-blogger on the rise Meghan, who make an unexpected connection after a chance encounter. However, as their relationship develops, cracks begin to emerge, and dark secrets involving both women are laid bare.

Downton Abbey's Laura Carmichael and The Crown's Jessica de Gouw headline the show's cast, portraying the characters of Agatha Fyfle and Meghan Shaughnessy, respectively. For All Mankind's Michael Dorman also appears throughout the Australian thriller, which was acquired by the BBC earlier this year.

The Secrets She Keeps begins on Monday, July 6 at 9 p.m. on BBC One.