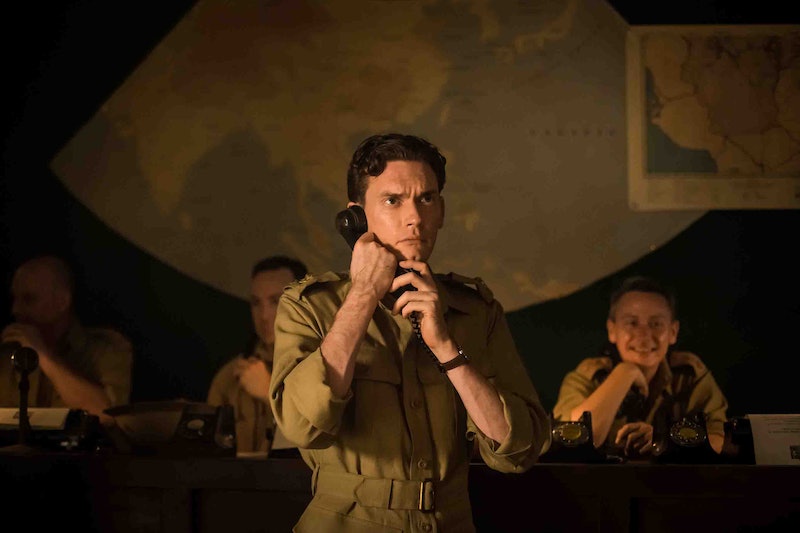 ITV's The Singapore Grip centres on a British family living in South East Asia amid the turbulence of World War Two. Penned by Academy Award-winning screenwriter Christopher Hampton, the series stars Luke Treadaway, Elizabeth Tan, David Morrissey, and Charles Dance. The show is already attracting controversy for its portrayal of British Imperialism in Singapore, which begs the question, is The Singapore Grip based on a true story?

The new series is adapted from J.G. Farrell's 1978 novel of the same name, the plot and characters of which are fictitious. However, although not entirely a true story, the show's historical context — which focuses particularly the battle of Singapore — is based on real events. As the Guardian reports, the battle is also commonly referred to as the Fall of Singapore, and occurred in 1942 when Japanese forces invaded the British stronghold of Singapore during the second World War. The invasion became known as one of the most profound British defeats in history alongside Dunkirk, and is now a central theme of ITV's newest Sunday night drama.

However, although the show's context is based on true events, its portrayal of those events, and of this time period in general, has been strongly criticised. Beats, a not-for-profit advocacy organisation founded by British East and South East Asians, has called the show "a kick in the teeth."

"Farrell’s novel has its place in history. But its attempts to present a satirical critique of the Empire are fatally undermined by its 1970’s race and gender mores. The title references a slang phrase for a sexual technique said to be used by local sex workers; a clear signifier of how the novel positions the Asian aspect of its story-telling."

It continued: "The television adaptation could have taken a more enlightened perspective in keeping with the progress that has happened in the half century since the novel’s publication. Instead, even the cynical desperation and callous decadence of Farrell’s Caucasian characters is bled out in favour of jauntily-forced, comedic indulgence, presenting this traumatic period of Singapore’s history as little more than breezy and inconsequential."

In response, Christopher Hampton shared a statement with Variety, which said:

“Any fair-minded viewer will easily understand that [The Singapore Grip] is an attack on colonialism — and is indeed based on the last of a trio of books known as the Empire Trilogy, which constitute perhaps the most celebrated attack on colonialism by a British novelist in the 20th century. Its very subject is possibly the greatest catastrophe to befall the British Empire during its decline, a disaster the colonists were themselves squarely responsible for."

In their statement, Beats pointed out that "[t]he series, like the book, features only one Asian character who remotely resembles a protagonist: Vera Chiang." Other than that, the Asian characters work simply as a backdrop, Beats wrote, and are "merely heavily accented ciphers, silent chauffeurs, exotic dancers, giggly prostitutes, monosyllabic grunts and half-naked Yogis. Asian womanhood is represented as lurid temptation and subservient availability."

In response to this, Hampton spoke about Vera, saying: "The most sympathetic and resourceful of the central characters is a Chinese woman, a member of the Resistance against the Japanese, who is able to educate our hero and open his eyes to what he is already becoming aware of, namely the corrupt practices and casual racism of the ruling British elite."

Elizabeth Tan, who plays Vera, recently told the London Evening Standard that she sees Vera as "a wonderful example of a three-dimensional female character" with an authentic voice.

Along with the criticism from Beats, The Singapore Grip has also faced much derision on social media. Director Mingyu Lin, for example, wrote: "This does to Singapore what most Vietnam war films did to Vietnam – relegate a country who suffered through a horrific war into a backdrop for a foreign, white narrative where the only BESEA characters are portrayed as exotically sexual options or nameless aggressors."