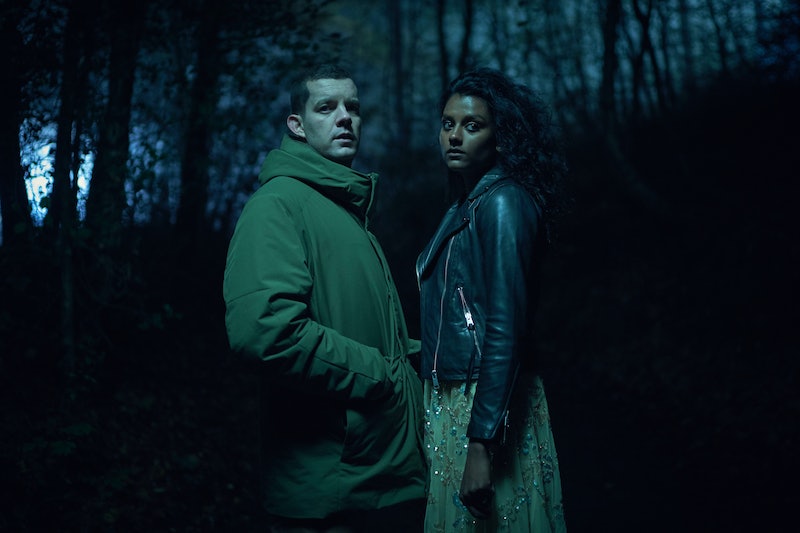 Arriving just in time for Halloween is ITV's latest psychological thriller The Sister, which follows the story of a man who has spent years escaping the demons of his past. The four-part murder mystery was penned by novelist and screenwriter Neil Cross of Luther fame. But what was the inspiration behind Cross' latest project? And is The Sister based on a true story?

As the Radio Times reports, the ITV drama was not inspired by true events. However, The Sister was based on Cross' 2009 novel Burial — a book which drew inspiration from a nightmare the show-writer experienced back in 1985.

Speaking to the publication, Cross revealed the dream in question had involved the murder of a homeless man. "I woke up with a very, very clear memory of coming across a homeless man asleep on the steps who I randomly stabbed to death," the author explained, adding that the nightmare had felt so realistic, he initially believed the murder had actually occurred. "I was absolutely certain that I remembered randomly killing this man, and in fact for years and years and years I genuinely found it difficult to talk about."

Further discussing the inspiration behind The Sister, Cross told the Radio Times he had previously experienced a "haunting" of his own. "I’ve absolutely experienced a haunting,” he said. “I can’t begin to explain what happened. I know what I don’t believe, but I also know what happened." The creepy anecdote was in reference to supernatural elements of Cross' latest TV venture, most of which are experienced by lead character Nathan — a man haunted by his past mistakes.

As the Express reports, the series centres around Nathan's attempts at burying a long-harboured secret involving the disappearance of his wife’s sister. However, an unwelcome visitor forces Nathan to confront his past, and reveals some shocking news that leads to "a journey of psychological suspense, love and potential redemption.”

The character of Nathan is portrayed by Years and Years star Russell Tovey, who is joined in the show's cast by Game of Thrones' Amrita Acharia as Holly, Bodyguard star Nina Toussaint-White as Jackie, Baghdad Central’s Bertie Carvel as Bob, Benidorm's Paul Bazely as Graham, and more.

The Sister begins on Monday, October 26 on ITV, and will air across four consecutive nights in the run up to Halloween.