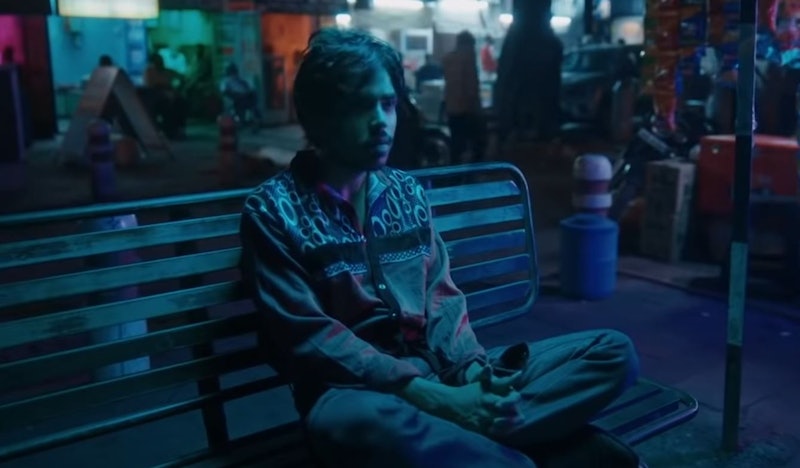 When Aravind Adiga's 2008 novel The White Tiger won the Man Booker Prize for Fiction in 2008, readers across the world were introduced to a story of a man seeking to rise through the caste system of a divided India. It resonated with readers for its raw portrait of a young man's attempt to escape his upbringing, so much so that it bears asking: Is The White Tiger based on a true story?

The White Tiger tells the story of Balram (Adarsh Gourav), a young man born into a lower social caste in India, who harbors aspirations of making it big and becoming wealthy. His aspiration takes him from his rural village home to a teashop in Dhanbad and finally to the doorstep of a corrupt coal magnate and his family, where he offers his services as a chauffeur for the magnate's son, Ashok (Rajkummar Rao). While working with the family, Balram becomes embroiled in a scandal riddled with government and police corruption, and, without delving too deep into spoilers, he's ultimately forced to make a chilling decision that requires him to sacrifice all that he's ever known to achieve his dreams.

It's an incredibly raw story, but despite its resonance with many people who grew up with similar experiences navigating the social classes that make up Indian society, the events within The White Tiger are not actually based on any true story. At the very least, they're not based on any story that Adiga has experienced himself. In a chat between the Hindustan Times and Adiga, the novelist explained, "I don't think a novelist should just write about his own experience. Yes, I am the son of a doctor, yes, I had a rigorous formal education, but for me the challenge as a novelist is to write about people who aren't anything like me."

Adiga also went on to explain that he came up with the idea for the novel while traveling India while working for TIME magazine. "I spent a lot of time hanging around stations and talking to rickshaw pullers and their intelligence impressed me," he also told the Hindustan Times. "They are witty, acerbic, verbally skilled and utterly without illusions about their rulers."

More like this
Here’s Everything Coming To & Leaving Netflix In February
By Jake Viswanath
'Wednesday' Star Emma Myers Thinks A Wenclair Storyline Is “Possible” In Season 2
By Alyssa Lapid
Netflix Shut Down 'Bridgerton' S3 Rumours About A “Very Dark” Storyline
By Bustle
Pamela Anderson’s Dating & Marriage History Could Be Its Own TV Series
By Jake Viswanath
Get Even More From Bustle — Sign Up For The Newsletter
From hair trends to relationship advice, our daily newsletter has everything you need to sound like a person who’s on TikTok, even if you aren’t.