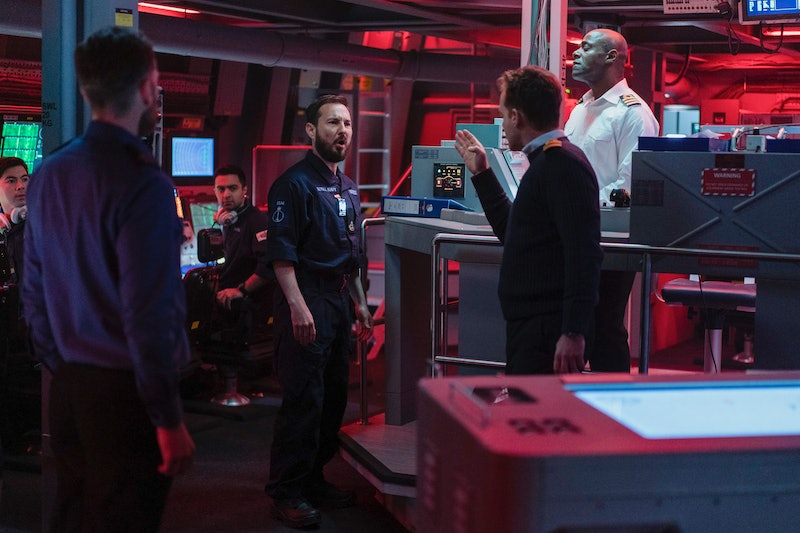 The BBC’s Vigil is, so far, one of the best recent watches on TV. The story follows the fallout between the police, the Navy, and the British security services, after the mysterious disappearance of a Scottish fishing trawler, and a death on board a Trident nuclear submarine. Set in Scotland, much of the drama takes place in and around Dunloch naval base, and the HMS Vigil submarine. But, is Dunloch based on a real place?

Per the Glasgow Times, Dunloch is a fictional town, which has been created for the BBC drama. However, Dunloch is based on a real place: Faslane, the location of HM Naval Base Clyde, situated on the Gare Loch in Scotland. The real-life base is the Royal Navy’s main presence in Scotland, home to the UK’s nuclear deterrent Trident, and a fleet of Vanguard-class submarines.

As The Herald reports, much of the series was filmed around the west coast of Scotland, and the city of Glasgow. Commenting on the logistics of filming the show, Vigil’s director, James Strong, explained that despite his preference to “shoot on real locations”, filming scenes on an actual submarine was “largely impossible”.

“Creating HMS Vigil was an enormous endeavour... we had to create a big enough space to contain the action, and be big enough to work in, and yet retain all the claustrophobia of a real submarine,” Strong added. “It looked incredible, was a great place to shoot, and yet always felt utterly real.”

Speaking ahead of Vigil’s BBC debut, show writer Edge said he was “thrilled” to have been given the opportunity to work with such “talented people” on the drama. “I can’t wait to take a BBC One audience down with us, into the pitch-black icy waters of the unseen Atlantic, where tomorrow’s geopolitical struggles are already being played out,” he added.