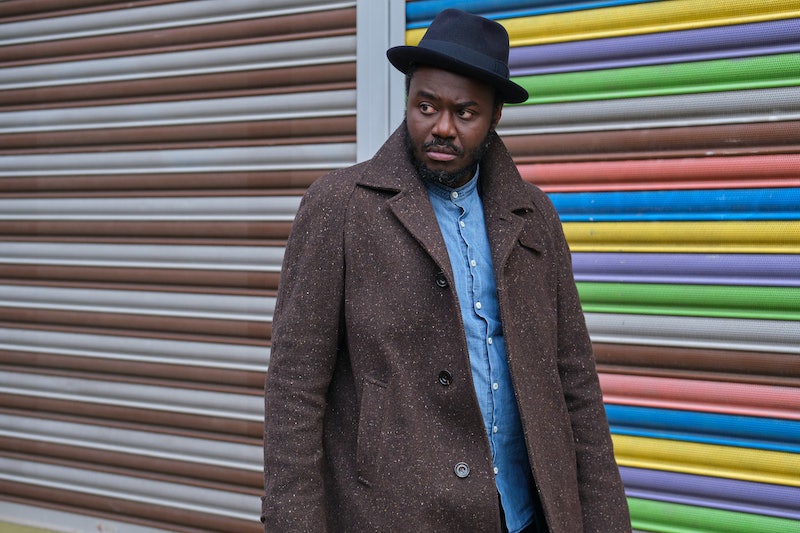 Sky’s new crime drama Wolfe – which beings airing on September 10 – is a dark yet funny take on the world of forensic science. It’s lead character, Professor Wolfe Kinteh, is played with impressive realism by Babou Ceesay – so much so that viewers may be wondering, is Wolfe actually based on a real person?

Well, yes and no. The show’s creator, BAFTA-winning writer Paul Abbott, recently discussed the inspiration behind Wolfe. Speaking to What To Watch, he said, “I love watching forensic shows and cop shows, but I wish there was more humour. It’s what I want to watch.”

Abbott (whose previous credits include Shameless and No Offence) went on to talk more specifically about Professor Wolfe and what makes him different to other characters in forensic shows. “There’s mischief and delinquency in Wolfe,” he said. “He’s subversive. There's also the forensic layer. It’s theatrically gory. But you've got to have inventiveness around the way you do it.”

It appears that, while the character of Wolfe wasn’t lifted wholesale from a historic figure or person in the news, Abbott did draw inspiration from at least one real-life person: himself. In fact, speaking to the Guardian recently Abbott admitted, “Every character I write has me in them.”

One of Abbott’s key aims with Wolfe was to shed more light on bipolar affective disorder, a condition the central character lives with. “I’m bipolar and Wolfe’s manic episodes are like mine,” Abbott told the Guardian. “His glee when he’s bending the rules or solving a case is just like me when I’m on one, when I start writing at 5.30 a.m. then come out at 1.30 a.m. with 16 pages.”

Discussing more about his own bipolar disorder, Abbott told What To Watch “I know what it feels like to be there. It's scary to everybody else and I've gone through dark places before I realised that, if I was in a manic phase, I threw it into my writing.”

Writing is an extremely useful tool for Abbott in managing his condition. “You are weaponising your enemy,” he said. “I’ve put it to good use.”