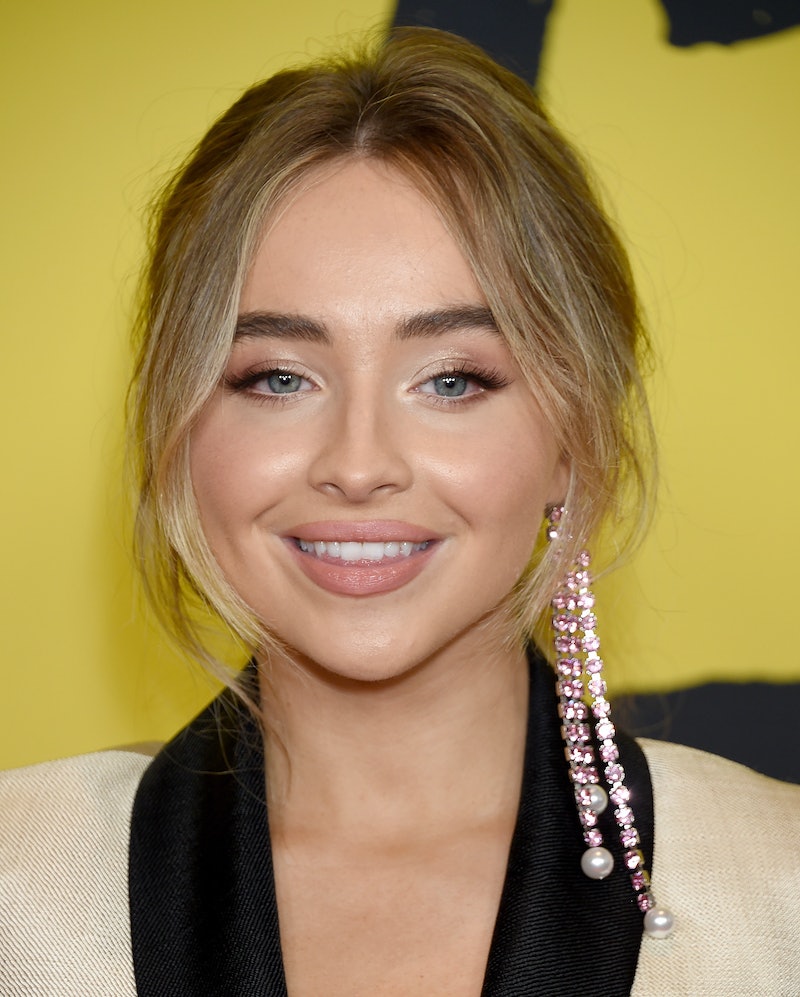 Olivia Rodrigo’s breakout hit "Drivers License" has broken numerous records since its release earlier this month, but many listeners are still pondering who exactly the song is about. Well, it looks like fellow Disney star and singer Sabrina Carpenter has responded "Drivers License", and the rumours circling it.

If you weren’t already aware, "Drivers License" is believed to be about the heartbreak Rodrigo experienced after she broke up with her rumoured boyfriend and High School Musical: The Musical: The Series co-star Joshua Bassett. Since their alleged breakup, Bassett has been seen with Carpenter on multiple occasions leading to fans speculating that the two are now a couple.

After teasing the release on Instagram, Carpenter dropped the single "Skin" on Jan. 22 which seems to directly address a poignant lyric in Rodrigo’s song. In the second verse of "Drivers License", Rodrigo sings that her past love is "probably with that blonde girl." She later sings, "she's so much older than me, she's everything I'm insecure about." Carpenter is blonde and four years older than Rodrigo.

Of course, those lyrics could be directed at anyone, but Carpenter appears to have picked up on the clues and responds in the first verse of her own song: "Maybe you didn’t mean it. Maybe 'blonde' was the only rhyme."

Rodrigo recently spoke about the rumours circulating her track in an interview with Billboard. "I totally understand people’s curiosity with the specifics of who the song’s about and what it’s about, but to me, that’s really the least important part of the song," the singer explained. "It’s resonating with people because of how emotional it is, and I think everything else is not important."

And while Carpenter hasn’t really had the time to address what this song’s about, since it’s only just dropped, she has said her writing process often correlates to events in her life. "There’s been a lot that has happened in my life that made me want to reflect," she told People magazine when talking about her 2019 album Singular Act II. As for "Skin", Carpenter reportedly wanted the song to "reflect the strength that can be found through difficult moments and the importance of focusing on joy," according to People magazine.