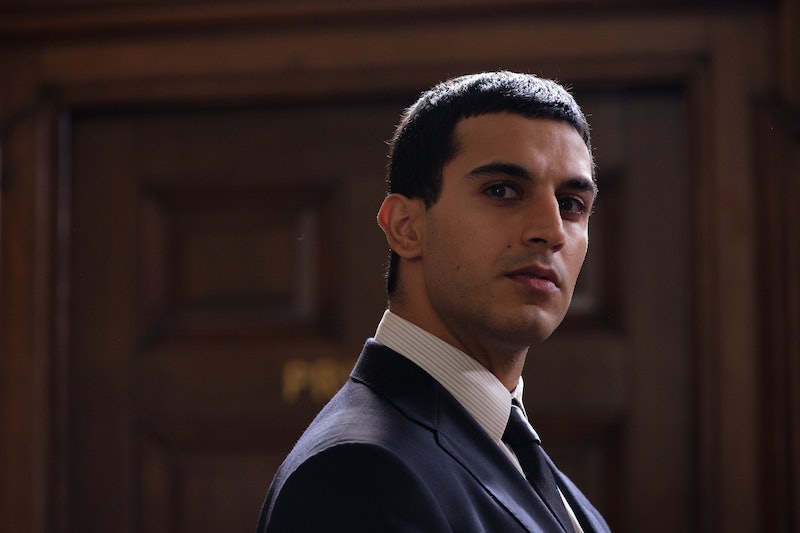 ITV's latest factual drama centres around the tragic murder of Banaz Mahmod, who fell victim to a so-called honour killing orchestrated by members of her own family in 2006. The two-part series will dive deep into the investigation sparked by Mahmod's death, shedding light on police failings leading up to the tragedy. The drama will also explore the relationships Mahmod had with those closest to her, including boyfriend Rahmat Sulemani, who first notified the police about her disappearance. But what happened to Rahmat Sulemani?

As The Sun reports, Sulemani died by suicide at his home in Poole, Dorset, in 2016. His death came ten years after the murder of girlfriend Banaz Mahmod, whom he began dating after Mahmod left her abusive husband, Ali Abbas. Banaz had been forced to marry Abbas in 2003 aged just 17, and the nuptials were arranged by father Mahmod Babakir Mahmod — who strongly disapproved of her new relationship with Sulemani.

In 2005, Banaz's mother, Behya Mahmod, secretly informed her daughter that her father and other family members were plotting her murder. After notifying the police of their plans in December 2005, Banaz fled her family home to live with Sulemani full time. However, the following month, she returned home after being encouraged to do so by her father. As The Sun reports, Banaz was raped and strangled to death in her parents living room on January 24, 2006. The murder was carried out by Mohamed Hama, who had been hired to kill her, as Banaz cousins helped restrain her. The following day, boyfriend Sulemani called the police, informing them that Banaz was missing. Sulemani provided evidence on multiple occasions during the subsequent murder trial, and was forced to endure learning the details of his girlfriend's final moments.

Speaking at the trial of Mahmod Babakir Mahmod and Ari Mahmod Babakir Agha at the Old Bailey, Sulemani said his "life went away when Banaz died," adding: "The only thing which was keeping me going was the moment to see justice being done for Banaz. I am just heartbroken and I am falling apart day after day," the BBC reports.

As the Radio Times reports, Rahmat Sulemani will be portrayed by Tehran's Moe Bar-El in the ITV factual drama Honour, which depicts the police investigation into this harrowing real-life murder case. Bar-El is joined in the show's cast by newcomer Buket Komur as Banaz Mahmod, Carnival Row star Waj Ali as Mohamad Marid Hama, and the Bodyguard's Keeley Hawes, who plays the police officer at the forefront of the investigation, Detective Chief Inspector Caroline Goode.

The new series was penned by Vanity Fair’s Gwyneth Hughes, and commenting on her latest project, The Durrells star Hawes revealed she is "proud" to have been involved in the ITV offering. “It is a privilege to be working on Honour…in a time when honour killings are still rife, it is critical to shine a light on such an important subject," the actor explained, adding: "Banaz Mahmod’s story, and DCI Goode’s subsequent investigation, is certainly one that needs to be told and I am proud to be a part of it.”

Honour begins on Monday, September 28 at 9 p.m on ITV.