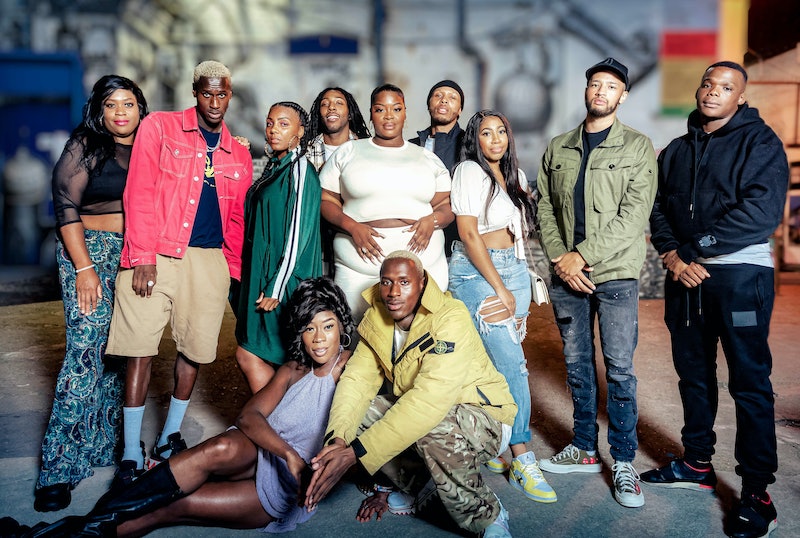 Way back when, Peckham gained TV fame for Only Fools and Horses – but today, the area looks a lot different from the Del Boy days. And while Essex had its moment with TOWIE, and West London has its time in the spotlight with Made In Chelsea, it’s been a while since London had some fresh reality TV on the scene. Which makes ITV’s latest announcement all the more exciting. The cameras are honing in on one of the coolest pockets of South East London, for a new series titled Peckham’s Finest. Here’s everything we know so far.

To start with, ITV has rebranded the reality format as an “observational documentary”. The channel promises this will “bring a brand new, exciting and fresh approach that will reimagine the genre for today’s tech savvy TV viewers, and reflect the real life of the cast, combining filming with content from their social media.”

Produced by the makers of the The Masked Singer and Bandicoot Scotland, the series is set to premiere on ITV2, and will also be available to watch on ITV Hub. As Paul Mortimer, ITV’s head of digital channels and acquisitions, says, “Peckham’s Finest marks an exciting new direction” for the channel.

When Is Peckham’s Finest Air Date?

The official air date for Peckham’s Finest has not yet been announced, but ITV has stated the show will air weekly on ITV2, with each episode also available on ITV Hub. Bustle will of course update as more details are released.

What Is Peckham’s Finest About?

Per ITV’s press release, Peckham’s Finest will follow a diverse and aspirational group of young people from the area, with the cameras capturing all aspects of their lives, including relationships, romances, friendships, work life, and all the everyday dramas you’d hope to see in this kind of series.

Commissioning editor for ITV2, Peter Tierney, commented: “This is a project we are all hugely excited to be making. With a truly authentic, unique and diverse cast, the series will reflect life in Peckham in a way that our viewers can engage with and relate to. It promises stories full of warmth, humour and drama, told in a really contemporary way.”

Who’s In The Cast Of Peckham’s Finest?

The full cast hasn’t been officially announced yet, but on August 27, self-titled “fashionista, dancer and self-lover” Queen MoJo announced to her 85k+ followers that she would be taking part in the series. Her Instagram post read:

Who else you can expect to see in Peckham’s Finest? The owner of Best of Both Boutique has also posted on Instagram to announce she will feature, while ITV has revealed that other cast members include a BMC coach, radio DJ, dance teacher and choreographer, drag performer, barista, street foods chefs, DJ and promoter, and a salon owner.

Is There A Trailer For Peckham’s Finest?

As yet, there’s no trailer, just a first-look image of the cast together in front of the graffitied backdrop of Peckham’s Bussey Building. However, Bustle is hopeful that it won’t be too long to wait before viewers get to see a teaser of the series. As always, watch this space.