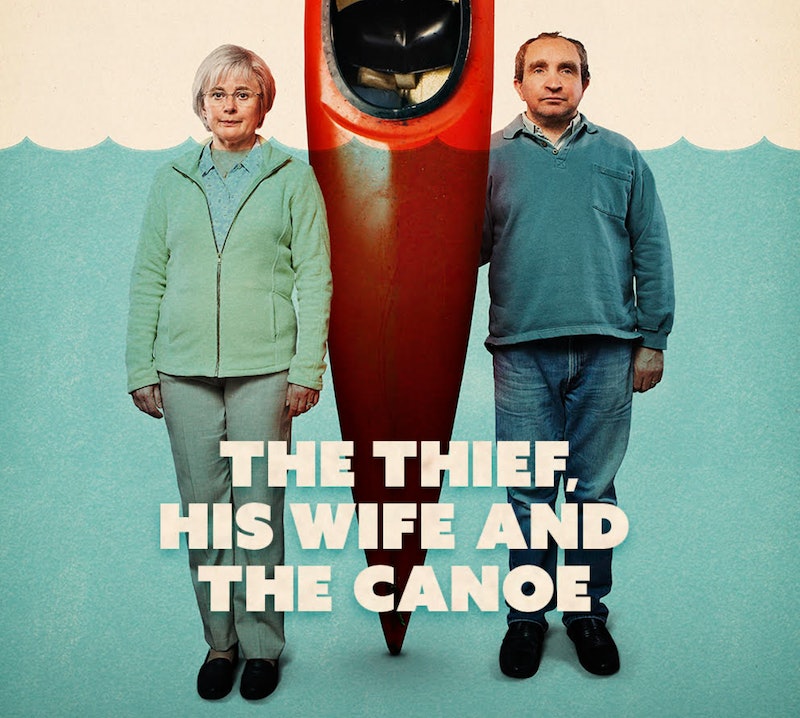 The Thief, His Wife and the Canoe is ITV’s latest must-watch drama. The gripping watch tells the real-life story of Hartlepool couple Anne and John Darwin, who faked the latter’s death in order to claim insurance money due to their crippling debt. Per Radio Times, the four-part drama begins on Easter Sunday and is partly inspired by the works of journalist David Leigh. But, is The Thief, His Wife and the Canoe based on a true story?

In short, yes, the ITV drama is based on real events, and it's been 20 years since this unbelievable true story first began. As The Sun reports, the real-life John Darwin had amassed huge financial debts, and realised that he and his wife, Anna Darwin, could bag up to £670,000 in insurance and pension money. The catch, however, is that John had to die before any money was paid out.

On March 21, 2002, John got into a red canoe and paddled out to sea at Seaton Carew — and he never returned. Anne later contacted the authorities to report him missing, sparking a huge search operation involving coastguard teams, a police plane, and an RAF helicopter. The following day, John’s kayak was found and he was presumed dead.

However, John wasn’t dead. He and wife Anne had successfully duped everyone, fraudulently claiming insurance and pension money. John initially kept out of sight by camping in the wilderness, before eventually moving into a bedsit next door to his family home.

As per the BBC, Anne claimed up to £250,000 and even told her two sons, Mark and Anthony, that their father was dead to keep the couple’s web of deception under wraps.

John later assumed the identity of a deceased child, John James, and worked undercover in his hometown, The Sun reports. In 2007, John moved to Panama using his false identity. Anne later visited her husband in the Central American country to look for a new home. During her visit, the couple was photographed by an estate agent — resulting in an infamous photo that would eventually lead to their downfall.

To be granted permanent residence in Panama, John was required by immigration laws to obtain a letter from British police that confirmed he was a “person of good character.” In a surprising move, John returned to the UK in 2007, walked into a central London police station as himself, and claimed that he was suffering from amnesia. Per the BBC, Anne also pretended to be surprised by his sudden return. However, when the couple’s estate agent photograph became public — which proved Anne knew her husband was alive — the couple’s lies began to unravel.

The Darwins were both later arrested, and, in 2008, John was sentenced to six years and three months in jail. Meanwhile, Anne was handed a lengthier prison sentence of six years and six months.

This article was originally published on April 3, 2022