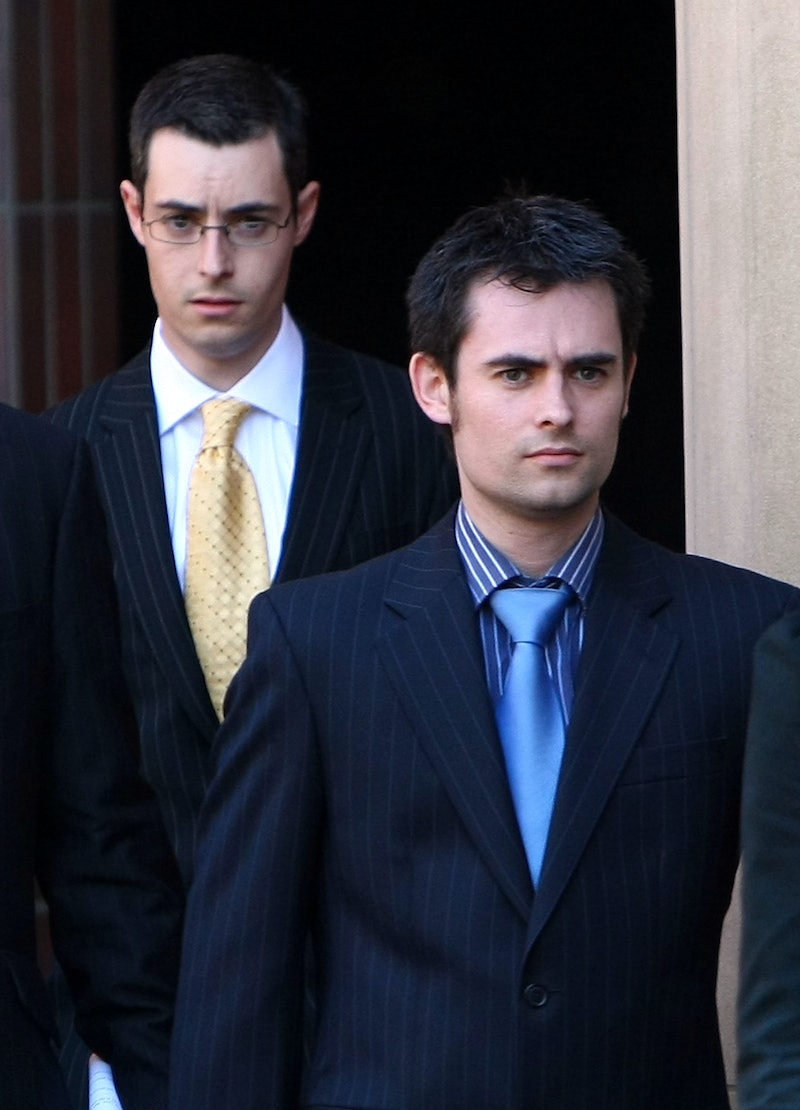 ITV’s The Thief, His Wife and the Canoe charts the unbelievable true story of John and Anne Darwin, a notorious Hartlepool couple who faked a death to fraudulently claim pension and insurance money. With a cast led by Eddie Marsan and Monica Dolan, the four-part drama explores the origins and fallout of the scandal that rocked the nation. But, where are John and Anne Darwin’s sons now?

As depicted in the ITV series, the story of the Darwin’s began in 2002, when John went missing at sea on his now-infamous red canoe. Following a major search operation, he was later presumed dead. However, John was very much alive and was hiding in a bedsit next to his family home while Anne proceeded to cash pension and insurance checks.

John and Anne’s scheme was eventually uncovered by police, and, in 2008, the pair were each sentenced to more than six years in jail. Prior to being caught, the couple went to great lengths to ensure the truth about John’s supposed death never got out — including lying to their own two sons, Mark and Anthony, by telling them that their father was dead, per BBC News.

Speaking to the Daily Mail in 2016, John and Anne’s older son Mark revealed that he was living in Hertfordshire, and was married with two young children. Reflecting on his parents’ actions, he disclosed that he had forgiven them “to some degree,” but was “furious” upon initially finding out the truth.

“When the truth was revealed I was furious that she let me imagine the horrors of my father’s death, while all the time she knew exactly where he was,” Mark explained.

In the same interview, the Darwins’ younger son Anthony said he wasn’t quite as forgiving as his older brother, and refused to speak to his father.

More recently, the executive producer of ITV’s The Thief, His Wife and the Canoe, David Nath, told Radio Times that one of the Darwin sons secretly attended the filming of the drama.

“[He was there] on the first day of filming, in disguise,” Nath disclosed. “We didn't know he was there until a few weeks later.” The show’s co-lead, Monica Dolan, who portrays Anne Darwin in the series, added, “We'd heard he'd come in a baseball cap.”