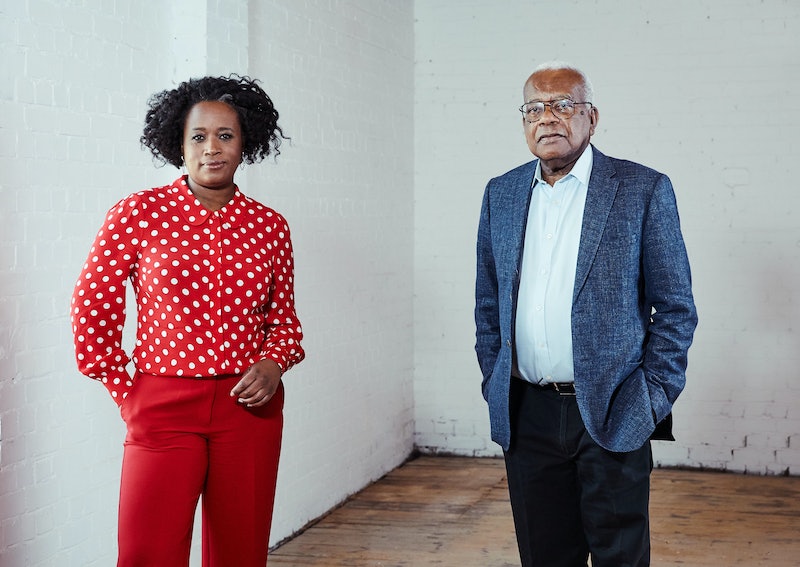 It’s been close to a year since George Floyd’s murder by now-convicted policeman Derek Chauvin sparked Black Lives Matter protests throughout the US and worldwide. Here in the UK, the devastating incident also encouraged widespread conversations about racial inequality in the country. Lead by esteemed journalists Charlene White and Sir Trevor Mcdonald, ITV’s new documentary Has George Floyd Changed Britain? asks that very question. Ahead of its release, here’s everything you need to know.

Has George Floyd Changed Britain? is expected to examine the effect of the Black Lives Matter movement and asks “to what extent prejudice is embedded in British society.”

Airing on Wed, May 12, the hour-long documentary sees Sir Trevor and Charlene speak to people across Britain — from teachers attempting to transform the curriculum in schools to mothers campaigning for better maternity outcomes in hospitals — to gain an insight into the experiences of people in the UK.

The much-anticipated documentary also hears from high profile public figures on why they’ve called for change and used their platforms to speak out about racism in the last year.

Participants include British athlete Commonwealth gold-winning British athlete Bianca Williams, who made headlines with her partner Ricardo Dos Santos last summer after they were controversially stopped, searched and handcuffed by police, with their three-month old son in the car.

"Until this day I still get trolled. I got called a race-baiter,” Williams told ITV. “I had people on Twitter tagging TeamGB, tagging British Athletics, saying that I should be dropped, saying that I should never get to represent Great Britain again, people telling me to leave the country.”

Former England footballer John Barnes also features in the hard-hitting documentary to discuss the lack of Black managers in the game and in wider leadership positions, as well as his feelings on players taking the knee. He says: “It leads me to remember Kick It Out or Say No to Racism, 25 years ago. Twenty-five years later, nothing has changed." Meanwhile, others interviewed are optimistic that “change is possible.”

Has George Floyd Changed Britain? is predicted to not shy away from uncomfortable questions, and also sees GPs, MPs and other public figures challenged on what has really changed a year from George Floyd’s death.

Speaking to iNews ahead of the ITV documentary’s release, Charlene White said: “The argument tends to be that the Black Lives Matter movement is something that only matters in the US, and what I’d like people to think about is the possibility that the reason why those ripple effects were experienced around the world in the past year is because race and racism is experienced by minority ethnic communities in just about every single continent, including here.”