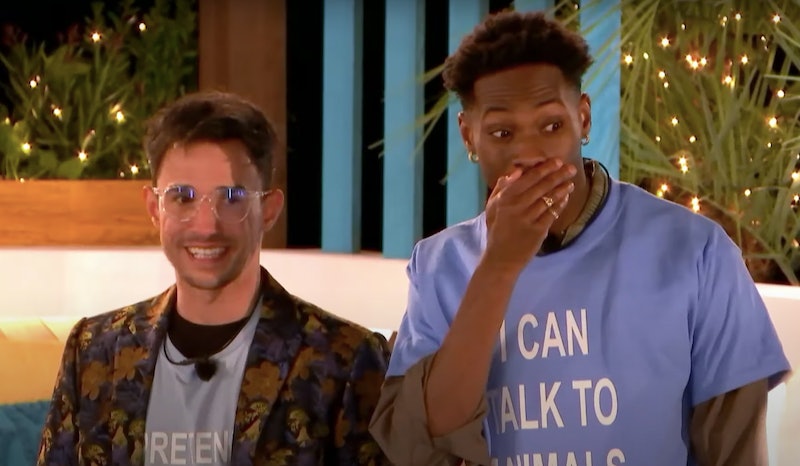 Fresh off the final and (rather awkward) reunion show for Love Island 2021, ITV is back with a brand new dating show, Ready To Mingle. The series will feature one single woman, 12 potential suitors, and a big cash prize. The twist? Some of these supposed singletons are already in relationships. ITV has been teasing viewers with snippets of the show over the past few weeks, but what else is there to know about Ready To Mingle?

When Will Ready To Mingle Air?

Ready To Mingle will begin airing on ITV2 at 9 p.m. on September 6.

Who Is Hosting Ready To Mingle?

ITV has employed the hosting duties of Canadian comedian Katherine Ryan for the upcoming series, so it’s safe to say we can expect hilarious commentary and witty quips throughout. The comedian, best known for shows such as The Duchess, Your Face Or Mine, and panel shows like 8 Out Of 10 cats, says Ready To Mingle is like “nothing we’ve seen before.”

“I am so excited to be a part of this new dating game show,” Ryan told ITV. “How could I say no? It’s like nothing we’ve seen before but still with all the drama and dating dilemmas we love to see, and I’ll be there front row as it all unfolds!”

What’s The Premise Of Ready To Mingle?

With promises of a huge twist, Ready To Mingle clearly won’t follow the same format as our current favourite reality dating shows and contestants will require much more than just attraction to win the show’s cash prize.

Per ITV’s synopsis, the series will follow “a single girl in the search for her perfect partner, as twelve male suitors compete for her affections and the chance to win a big money prize.” However, “in a mischievous twist” not all the boys are single, “with a number of them being guided by their partners in pursuit of the prize.”

“Taking up residence in a luxurious house, the single girl will get to know all the boys through activities, games and dates, eliminating each boy one-by-one until her ‘dream man’ remains,” it adds.

From first look, the new series seems to have all the romance of The Bachelor mixed with the deception of The Circle. And Ready To Mingle is already stirring up controversy, with some concerned viewers tweeting their discomfort about the show’s premise.

“So if the girl falls for a guy then finds out his partner has been in on it to win the contest... what happens to the girl? No wonder society has trust issues...” wrote one person. Another said, “Really? How is this good for anyone? You are literally encouraging people hurting other people. No. You can do better ITV.”

In response, Ryan reminded naysayers that all of the contestants consented to the programme. She wrote, “LOL yes register your displeasure EARLY over that which doesn’t exist. SHE knows. THEY know. Consent – and eager enthusiasm to participate – obtained from all parties & partners. How else may I offend today please.”

Is There A Trailer For Ready To Mingle?

Yes! The trailer was released back in August, showing all the shenanigans that will unfold from the new dating show. Expect to see attractive young contestants flirt in a luxurious villa, lots of dramatic chats, and some steamy moments...sound familiar?