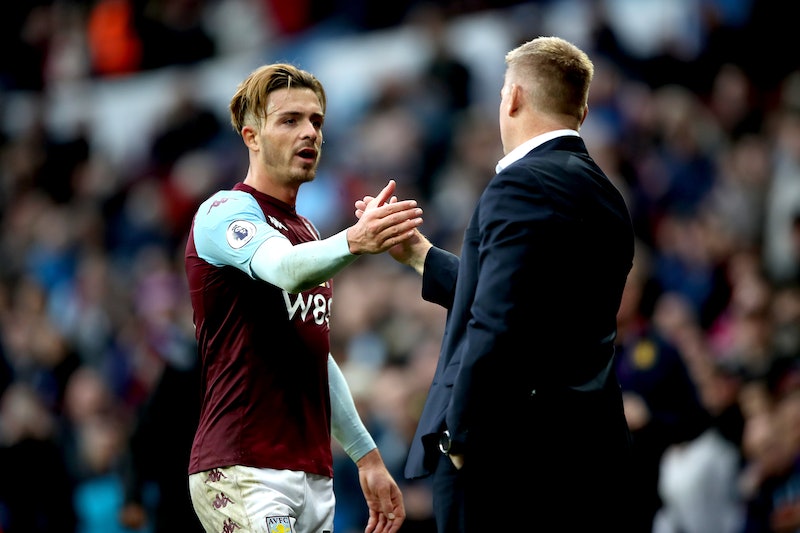 Jack Grealish has shared his reaction to finding out that Aston Villa had let go of manager Dean Smith.

Smith is a former Norwich City player and managed Aston Villa for just over three years. However, he stepped down in November after five consecutive Premier League defeats.

In his first newspaper interview since leaving Aston Villa for Man City, Grealish told the Telegraph that he contacted Smith as soon as he found out: “I FaceTimed him straight away [and] spoke to him for about 20 minutes.”

The attacking midfielder indicated that he has a strong relationship with his former manager, stating, “He’s one of the best human beings I’ve ever come across. My family absolutely loves his family to bits.”

Grealish left his childhood club Aston Villa last summer for Manchester City, striking a deal of £100m, making him the most expensive British player in football history. He said the transition has “been harder than [he] expected.”

It’s clear that leaving the club was emotional for the 26-year-old. Speaking to The Telegraph about his last day, he said, “I spoke to the staff, I shook everyone’s hand. But I gave the gaffer a big hug.”

Grealish continues to show support for Smith, who’s now head coach at Norwich. The player said that he watched Smith’s first Norwich game at the same time as an Aston Villa game.

Grealish will return to play at Villa Park tonight (Dec. 1) for the first time since his much-talked-about move to Man City. When asked what kind of response he expected from the home supporters, Villa manager Steven Gerrard stated, “I think the supporters are very grateful for what Jack gave to this club. They saw him as one of their own”