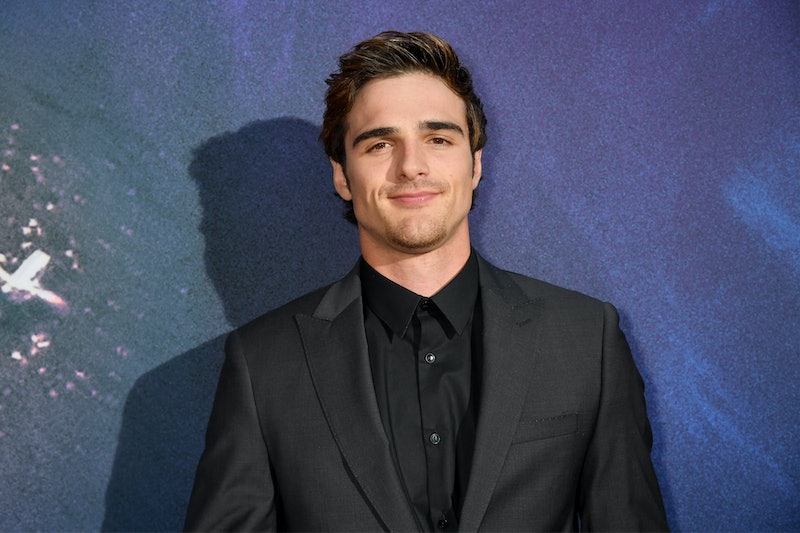 While women have long been objectified in Hollywood, male actors have to deal with body image issues, too. Just take Jacob Elordi's recent comments about the focus on his body in The Kissing Booth. In a July 29 interview with Men's Health, the actor revealed that he experienced a sense of pressure to bulk up for the first movie in the franchise, and how disheartened he was by the excess attention on his looks. For the young star, to feel valued for his body instead of his performance "really f*cking bothered" him.

Elordi shared that the script for the first Kissing Booth movie included specific descriptions of his character Noah's body. At the time, he was working out twice a day seven days a week to bulk up for the role. "I was so terribly nervous that I wouldn’t be what the script wanted me to be," he told the outlet.

Once the movie arrived on Netflix, Elordi's body became a hot topic on social media, and inspired articles devoted entirely to his hotness. The Australian actor found the attention not only uncomfortable, but frustrating. "At the time, I was super young and got thrown into a world where everyone wanted to talk about my body," he said. "I don't identify with that whatsoever. I was trying to prove myself and be known as an actor."

Since The Kissing Booth premiered in 2018, Elordi's career has taken off in a major way. Shortly after playing Noah for the first time, he landed a role in HBO's Euphoria that allowed him to explore the dark psyche of his teen character Nate. Part of that exploration involved choosing to lose some of his muscle weight and scale back his workout routine. When it came time to film The Kissing Booth 2, he didn't force himself to take on such a taxing exercise regimen for the sequel.

Elordi is far from the first male actor to deal with insecurities about his body. In 2013, Twilight star Robert Pattinson opened up to Australia's Sunday Style about suffering from body dysmorphia. "I suppose it’s because of these tremendous insecurities that I never found a way to become egotistical," he said. "I don’t have a six-pack and I hate going to the gym. I’ve been like that my whole life. I never want to take my shirt off." Meanwhile, actors including Jason Momoa and Noah Centineo have also dealt with body shaming on social media.

It's clear that body image issues can affect anyone, and that judging actors like Elordi on their looks rather than the quality of their work can be damaging, no matter the intentions behind the comments.

More like this
Here’s Everything Coming To & Leaving Netflix In February
By Jake Viswanath
Here's How Netflix Should Adapt Prince Harry's Memoir Into A Movie
By Ginny Hogan
Ashton Kutcher Wants Danny Masterson “To Be Found Innocent” In Rape Retrial
By Jake Viswanath
'The Queen’s Gambit' Season 2 Tweet Wasn’t From Anya Taylor-Joy
By Mary Kate McGrath, Jack Irvin and Grace Wehniainen
Get Even More From Bustle — Sign Up For The Newsletter
From hair trends to relationship advice, our daily newsletter has everything you need to sound like a person who’s on TikTok, even if you aren’t.