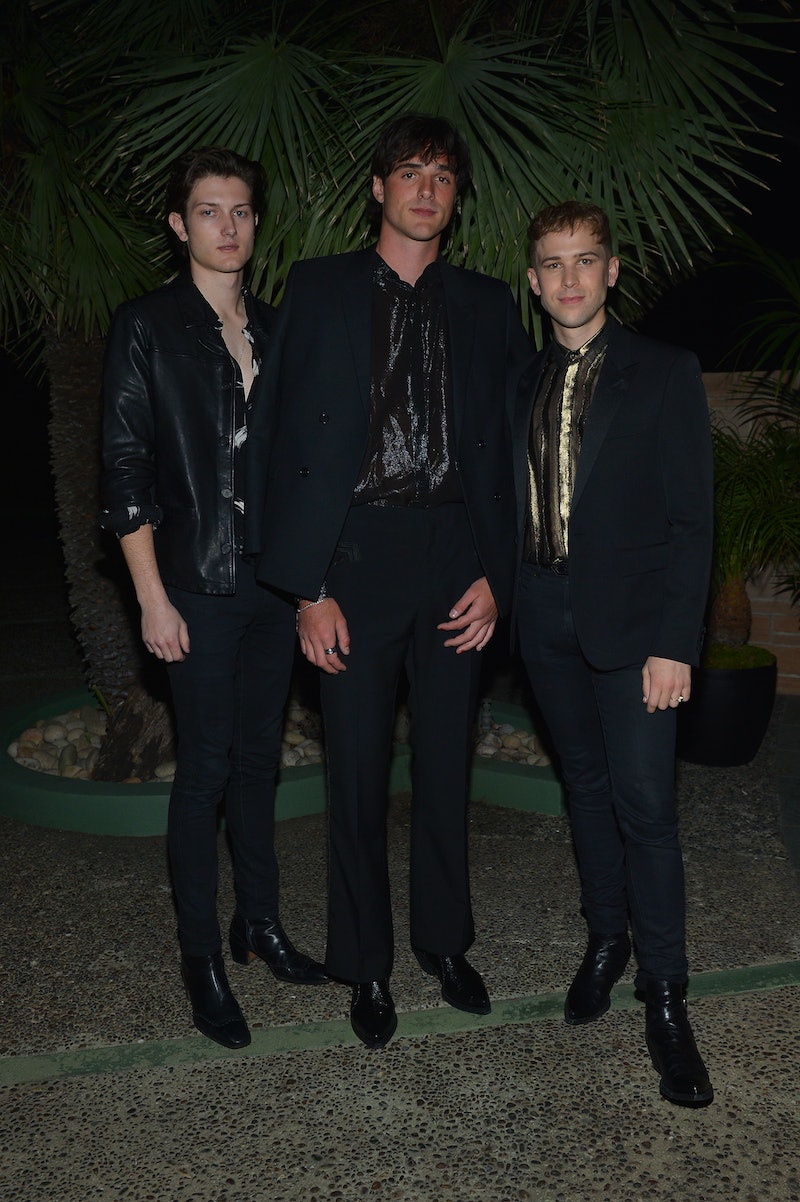 One of the most unexpected couples of 2020 is most likely... not an actual couple at all. Jacob Elordi and Tommy Dorfman's Instagram pictures have Twitter spiraling out of control with relationship speculation — and a dash of homophobia thrown in for good measure. And it might be time for some users to take a break.

On Wednesday, Aug. 26, Dorfman, who starred in 13 Reasons Why, shared snapshots on Instagram of the unlikely duo, including one of the Euphoria star kissing them on the cheek, and another pic of Dorfman affectionately leaning on Elordi and grabbing his leg. The post caused many people online to assume that the actors were now in a romantic relationship, a theory that actually doesn't hold much weight.

Dorfman has been married to Peter Zurkuhlen since 2016, and posted about their husband just a few weeks ago, so it looks like they're still going strong. While Elordi has never commented on his sexuality, his public relationships have been with women. Elordi dated his Kissing Booth co-star Joey King until 2018, and was rumored to be dating his Euphoria castmate Zendaya as recently as March. As of now, all evidence is pointing toward Elordi and Dorfman just having an adorable friendship.

However, these facts have not stopped fans online from speculating that Elordi and Dorfman are dating, which is causing more than a few outrageous reactions. While some fans are mourning the fact that they can't have Elordi to themselves, others are imagining Zendaya's reaction to the pictures (in sometimes funny, but other times slightly disturbing and bordering on homophobic ways). In other words, it's full on chaos.

Some Twitter reactions even verged on homophobic, seemingly forgetting that men can simply be affectionate with one another and remain just friends. Furthermore, these tweets often misgender Dorfman, who is gender-nonconforming and uses the pronouns they/them. However, as the pics continued to circulate, fans started voicing their support to this adorable friendship and simply celebrated them — while putting some more narrow-minded users in their place.

We can all agree, the one thing 2020 was missing was a good old fashioned Twitter freak out.

More like this
Here’s What Happens To Bill & Frank In 'The Last Of Us' Video Game
By Brad Witter
Linda Ronstadt’s “Long Long Time” Plays A Pivotal Role In The Last Of Us
By Brad Witter
'The Queen’s Gambit' Season 2 Tweet Wasn’t From Anya Taylor-Joy
By Mary Kate McGrath, Jack Irvin and Grace Wehniainen
Kim Petras Just Made Grammy History
By Jake Viswanath
Get Even More From Bustle — Sign Up For The Newsletter
From hair trends to relationship advice, our daily newsletter has everything you need to sound like a person who’s on TikTok, even if you aren’t.