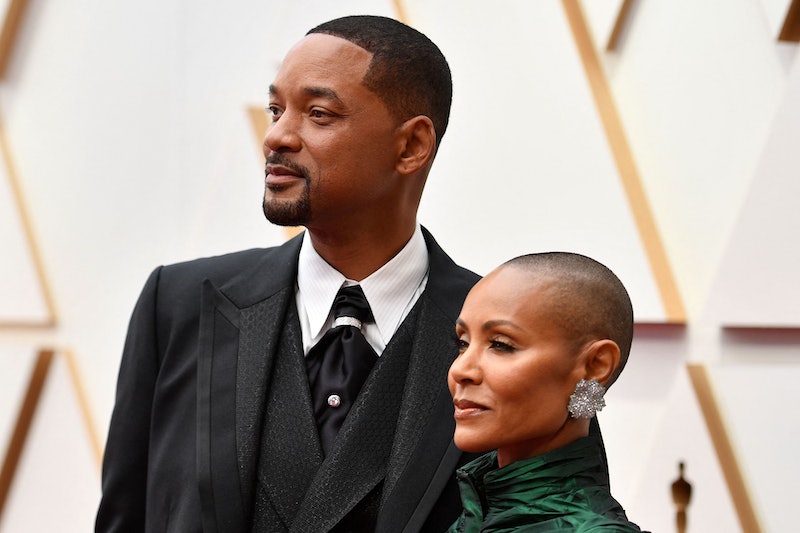 If you tuned in to the Season 5 premiere of Red Table Talk on Facebook Watch hoping for a deep-dive into the Oscars slap fallout, you might have been surprised — and a little disappointed. The new Red Table Talk episode doesn’t directly discuss the slap, but there’s a good reason.

Before the daytime talk show began, a title card appeared on screen, one that tiptoed around the headline-grabbing event while also giving almost nothing away. "Considering all that has happened in the last few weeks, the Smith family has been focused on deep healing," the title card read as the first episode of the new season began. "Some of the discoveries around our healing will be shared at the table when the time calls. Until then the table will continue offering itself to powerful, inspiring and healing testimonies like that of our incredibly impressive first guest [Janelle Monáe]."

The title card marked the second time Jada Pinkett Smith had come close to addressing Chris Rock’s offensive and unscripted joke and Will Smith slapping him on live television. Two days after the ceremony, Pinkett Smith shared a simple image on Instagram that featured text that read, “This is a season for healing and I’m here for it.”

Smith has also remained relatively quiet regarding the slap, save for a few statements he published via social media and through his representatives. One day after the Oscars, he took to Instagram to write, “Violence in all of its forms is poisonous and destructive. My behavior at last night’s Academy Awards was unacceptable and inexcusable. Jokes at my expense are a part of the job, but a joke about Jada’s medical condition was too much for me to bear and I reacted emotionally.” He continued, “I would like to publicly apologize to you, Chris. I was out of line and I was wrong. I am embarrassed and my actions were not indicative of the man I want to be.” Smith also apologized to the Academy of Motion Picture Arts and Sciences (AMPAS), the producers, attendees, and viewers.

On April 1, Smith officially resigned from the Academy. One week later, AMPAS officially banned Smith from attending any event connected to the organization for 10 years. In a statement shared with CNN, the Oscar winner said, "I accept and respect the Academy's decision.”

It’s not clear when Red Table Talk will air their episode unpacking the slap, but this post will be updated when Pinkett Smith and her co-hosts share more.

More like this
Everything We Know About Chèrie & Jessey’s Abrupt Exit From Bling Empire
By Alyssa Lapid
G Flip Shared How They Got Romantic With Chrishell Stause & Discussed Babies
By Brad Witter
Scott Disick’s First Time Around Kravis Was “Awkward,” To Say The Least
By Jake Viswanath
Kourtney Kardashian Broke Her Engagement Ring & Cried In Her Closet For Hours
By Jake Viswanath
Get Even More From Bustle — Sign Up For The Newsletter