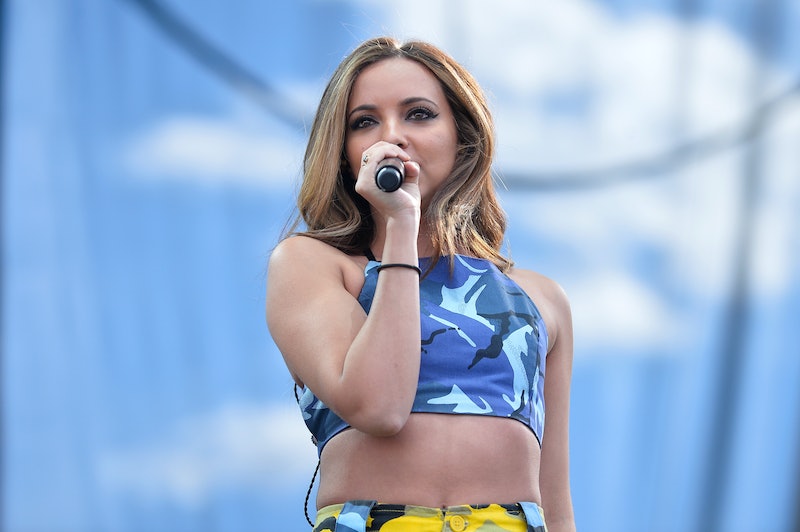 Being a part of an internationally beloved and award-winning band like Little Mix, for many, might sound like the most glamorous and satisfying job in the world. So much so that it's very easy to forget the humanity, pressure, and mental health struggles behind the beats. Jade Thirlwall opened up about insecurity in a moving Instagram post, revealing her inner battles against self-loathing, via the medium of poetry.

"Insecurity is unattractive, And yet my mind keeps trying to act ugly," it reads, "using self terroristic tactics, Til I self implode, I'm my own worst enemy."

The singer then delves into the fact that some mental health issues are nurture over nature. "But I wasn't the first," she writes. "I've realised the self loathing isn't self taught, But rather drilled into me, By an army of insecure adults projecting onto a child, Conditioned to be a patient of patriarchal society." Adding, "And it takes more than insta quote or an occasional affirmation, To unpick being picked apart, F*****g hell, Isn't loving yourself really an art?"

Talking about her mental health like this isn't a first for Thirlwall. In July, the singer joined fellow pop star Anne-Marie in a brutally honest virtual chat about their struggles, with the 'Touch' singer talking about her battle with an eating disorder. Thirlwall has also previously discussed how much pressure she and her bandmates felt when they were thrust into the limelight at such a young age, with little emotional support.

"We were only 18 or 19 when we got thrown into the industry and it is a lot to handle," she told The Sun at the British LGBT Awards in 2019. "Maybe there could have been a bit more in place for mental health, we all have suffered in some way," she said. "As four young women getting thrust into the industry, having everyone talking about how you look, just the pressure of suddenly being here was a lot for all of us."

Thirlwall isn't the first member of the group to open up about her experience and Leigh-Ann Pinnock told chat show host Lorraine, per Heat, that she felt "lucky," to have such supportive friends to support her after falling foul of online trolling. Perrie Edwards has also been open about her anxiety and how it affects her work. She told the BBC, "if someone broke their leg, you wouldn't say, 'Oh, just get on stage and perform, you're fine.' But because you can't see anxiety, it's a mental illness, people don't necessarily believe in it as much." Jesy Nelson's award-winning show, Odd One Out, documented tackled the effect of cyber bullying and laid bear the devastating effects on her mental health.