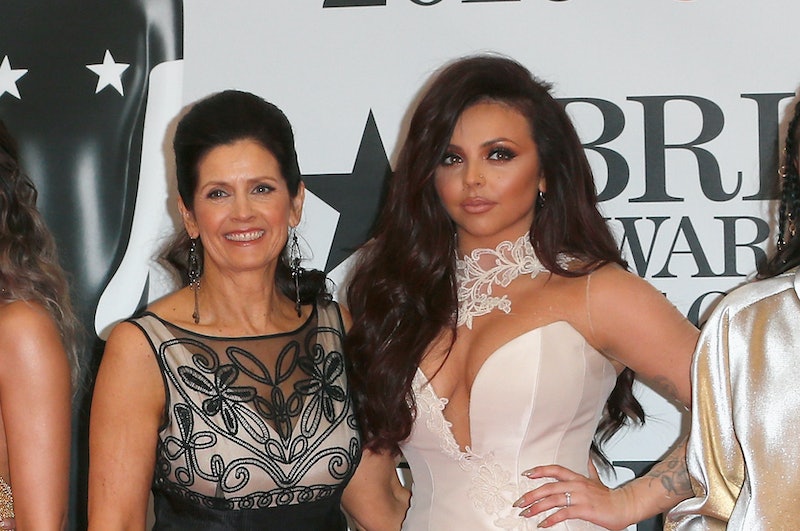 Airing tonight on BBC One, Jesy Nelson's Odd One Out details her mental health journey since Little Mix won The X Factor in 2011. Focusing on the online abuse from trolls she has experienced since being in the group; it also features some of the most influential people in the singer's life, including her mum. In a recent Instagram post, Nelson wrote a touching tribute to her mum Janice accompanied by a lovely pic of the two highlighting their close bond.

"My Mum saw me at some of my lowest moments after winning X Factor," the caption reads. "She was so nervous about me making my documentary #OddOneOut but she's seen me go on such a journey since filming it. She's a massive part of this film and I feel so incredibly lucky to have such an amazing mum." It's clear that Janice has many supporters as well as her daughter, as seen in comments left by Little Mix members Jade Thirlwall and Leigh-Anne Pinnock, with Thirlwall writing "WE STAN JAN". We certainly do!

As Metro reports, Nelson's mum talks openly in the documentary about the struggles she faced watching her daughter succumb to the online bullying and harassment, and that sometimes wishes that her success on The X Factor never happened. "I always say I wish it was back to normal. I wish I could have life as it was and have my funny little Jess back," she said. "I am so proud of and when I watch her on stage I get excited. I'm the loudest cheerer in the crowd."

"But as much as I love all that, and people must think how can you say that, if I could have my Jess back as she was before I'd change it like that. Not have The X Factor or any of that. Because I miss her. I just kind of feel like I've lost Jess to social media. Addicted to what people are saying."

As Nelson notes in the trailer for the film, the bullying began after the girls were all told to get social media accounts by The X Factor. From there, it became a never ending cycle of reading horrible, nasty comments online that never seemed to stop in the first five years of Little Mix.

"The whole world had an opinion on me, and they weren't good ones," the singer said. "I think everyone needs to know the effects of what online trolling can do to people and how bad it can really get."

She continued: "I wasn't known as just one of the singers in Little Mix, I was known as the fat ugly one. It literally consumed every part of me."

Through telling her story, Nelson is able to reach thousands of people suffering from similar stories of online bullying — especially as "social media is such a huge part of everyone's lives," as she rightfully states. "It affects people massively, and I'm meeting a lot of people along the way who have also suffered from online trolling, and they're telling their stories of how it's affected them."

Jessy Nelson: Odd One Out airs tonight on BBC One at 9 p.m. It is also available to watch on BBC iPlayer now.