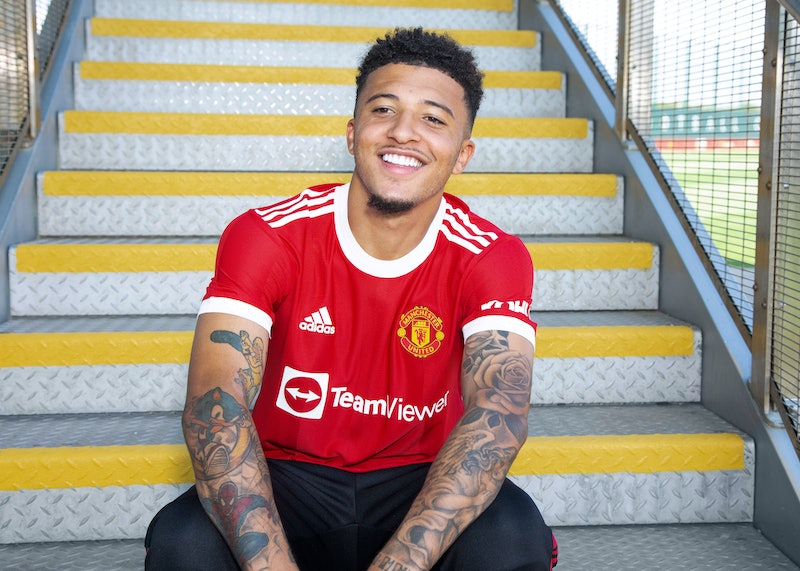 With the European qualifiers for the World Cup 2022, all eyes return to the England squad and its star players. Midfielder Jadon Sancho — who recently made the anticipated move to Manchester United from Borussia Dortmund for £72.9m — was picked by Gareth Southgate England squad, following summer’s emotional Euro 2020 tournament. But who is supporting the 21-year-old footie star from the sidelines, and is Jadon Sancho dating anyone?

From the looks of it, Jadon Sancho, isn’t currently linked to a significant other and appears to keep his private life under wraps. There’s no sign of a relationship online: the winger’s social media pages are pretty much strictly business. See Sancho's Instagram page which is solely dedicated to his sporting ventures.

Aside from football, Sancho seems to spend his free time holidaying with his mates, including fellow England national and Manchester United player, Marcus Rashford. Tabloids papped the stars last month on a luxury holiday in the Turks and Caicos amidst Sancho’s big-money transfer. The players weren’t alone, mind you, and were seen sunning on the beach with three women – thought to be friends – as well as UK rapper Krept and rapper Chibz Artist.

Sancho posted rare behind-the-scenes footage from the trip though, which saw saw him working out in the gym. Further proof, if ever we needed it, that sport is always a priority for the player. In the caption, he wrote: “Nice break off, back to the graft. 💯 Let’s go @manchesterunited”

While it appears a relationship is far from the footballer's mind right now, the summer holiday was certainly a lighter moment for the football pals, who, alongside fellow England teammate, Buyako Saka, received racial abuse after the Euro 2020 final. Meanwhile, Sancho kicked off his five-year deal with Manchester United last August, after declaring “this is my club, this is where I belong” upon joining.