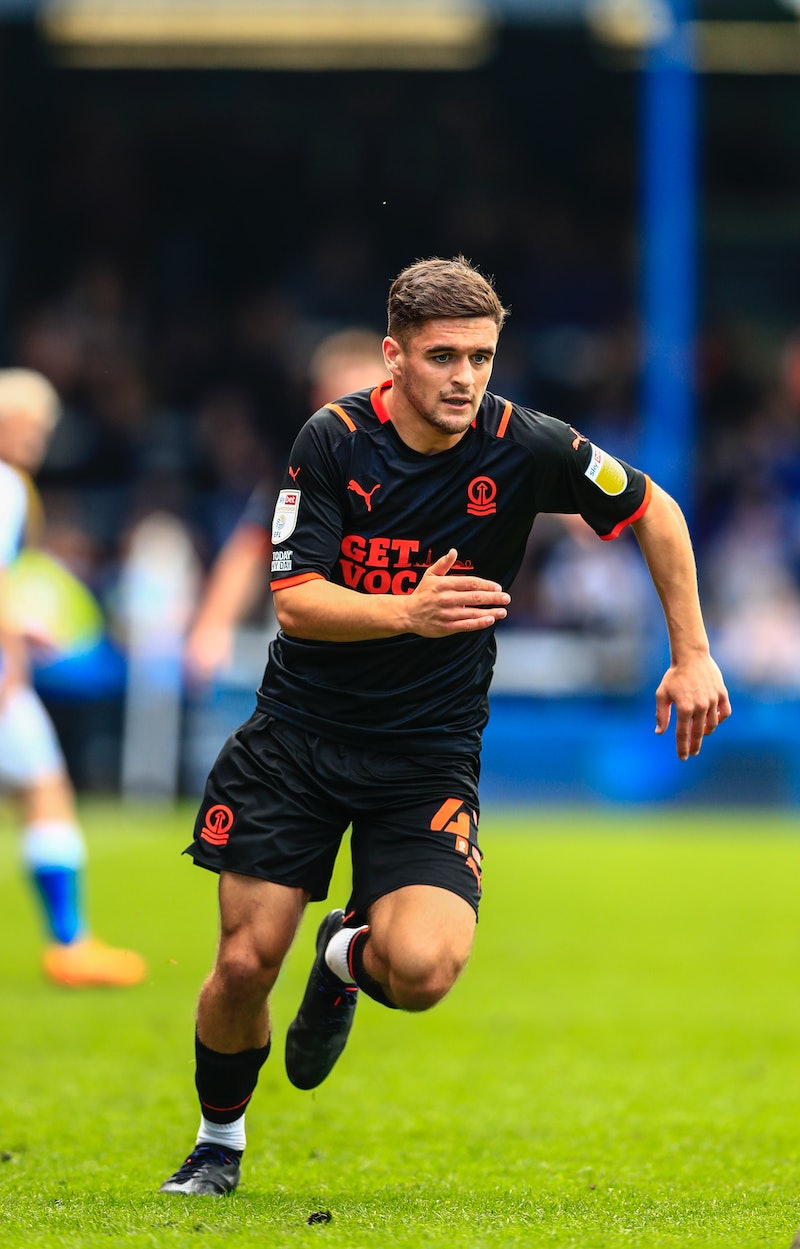 Jake Daniels just made history as the UK’s only active male professional footballer to come out publicly as gay. The Blackpool player opened up about his sexuality on May 16, becoming the first professional in the UK men’s game to come out while still playing the sport since Justin Fashanu in 1990. On the international stage, Adelaide United midfielder Josh Cavallo came out in October 2021, too. Explaining his decision to live openly as a gay man, Daniels told Sky that now felt like “the right time to do it.”

“Since I've come out to my family, my club and my team-mates, that period of overthinking everything - and the stress it created - has gone,” the 17-year-old disclosed. “It was impacting my mental health. Now I am just confident and happy to be myself finally.” He continued: “I have been thinking for a long time about how I want to do it, when I want to do it. I know now is the time. I am ready to be myself, be free and be confident with it all.”

Daniels went on to praise Blackpool Football Club for their “absolutely amazing” support, adding that he “felt safe” being honest about his sexuality with his teammates.

In an open letter penned by the footballer on the Blackpool F.C. website, Daniels wrote that he has known his “whole life” that he is gay and has been “hiding the real me and who I really am.” Meanwhile, Daniels also credited fellow openly-gay footballers Josh Cavallo and Matt Morton, and British diving champ Tom Daley for their “courage and determination to drive change.”

The likes of Elton John, Ian McKellen, Matt Lucas, Liverpool Football Club, and Manchester United were quick to show their support of Daniels on social media.

Joining in on a wave of positive reactions was UK Prime Minister Boris Johnson, who tweeted, “Thank you for your bravery Jake. It would have taken huge courage to come out and you will be an inspiration to many both on and off the pitch.”

Elsewhere, England footballer Harry Kane also offered his support, writing, “Massive credit to you @Jake_Daniels11 and the way your friends, family, club, and captain have supported you. Football should be welcoming for everyone,” while former footballer, Gary Neville, said he was “incredibly proud” of the Blackpool star.

Former Liverpool and England player, Jamie Carragher, also credited Blackpool F.C.’s support of Daniels. “I think it is really important, the role of the football club, if there are other players in the future, how Blackpool have gone about it,” he commented.

Per the Guardian, Adelaide United player Cavallo, who came out as gay in October 2021, said he is “very proud” of Daniels “for his bravery.” He added, “It’s a wonderful feeling knowing that my story has helped guide Jake to be his true self.”