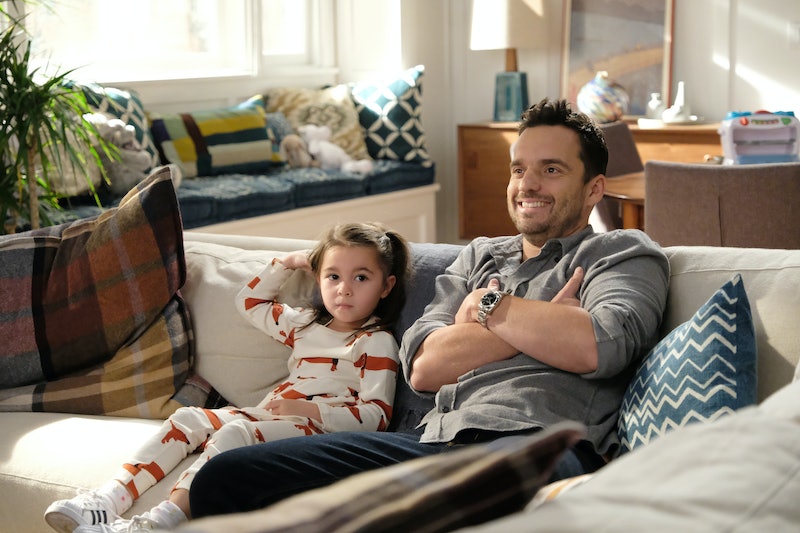 If you're a fan of Nick Miller from New Girl, then you're definitely going to want to check out the teaser for Jake Johnson's new Netflix animated series Hoops, which finds the actor taking aim at a raunchier type of comedy that is equal parts hilarious and amusing. In the series, Johnson stars as a high school basketball coach, Ben Hopkins, who has a tendency to drop a few (dozen) F-bombs every chance he can get — particularly when he finds himself in an embarrassing situation... which, from the looks of the trailer, is quite often.

"Let me show you how it's done," his character tells his team during a practice session, just before missing every single shot that he attempts to make, insisting that "it's bad luck to end practice on a miss." And yet the more he tries to make a basket, the more awkward his failure to do so becomes, which no amount of swearing can cure. It's the type of situation that would prompt Nick Miller to panic moonwalk right out of the gym doors, and yet Coach Ben Hopkins seems determined to rectify the situation, no matter how long it may take in order to do so.

Premiering on Friday, Aug. 21, Hoops was created by Ben Hoffman and follows the story of Coach Hopkins and his determination to turn his lackluster team into all-star athletes. However, make no mistake — this ambition isn't just coming out of the goodness of his heart to see the youth of today succeed. He hopes that their victories will, in turn, advance his own career and allow him to get bumped up to the "big leagues." But whether his plans actually come to fruition remains to be seen, though based on his own talents (or lack thereof) on the court, it could prove to be an uphill battle for all involved.

It may not be quite as satisfying as seeing Nick Miller pop up on your television screen, but thanks to Johnson's impeccable comedic timing, this series has all the makings of becoming your newest obsession. One could even go so far as to call it a slam dunk.

More like this
Who Plays Trent In 'Never Have I Ever'? Benjamin Norris Calls His Character A “Himbo Stoner”
By Grace Wehniainen and Radhika Menon
Does 'Locke & Key’s Ending Mean There Could Be A Season 4?
By Sophia Moore
'The Sandman’s Ending Is A Departure From Neil Gaiman’s Comic Book Series
By Kadin Burnett
Everything To Know About The Sandman Season 2
By Kadin Burnett
Get Even More From Bustle — Sign Up For The Newsletter