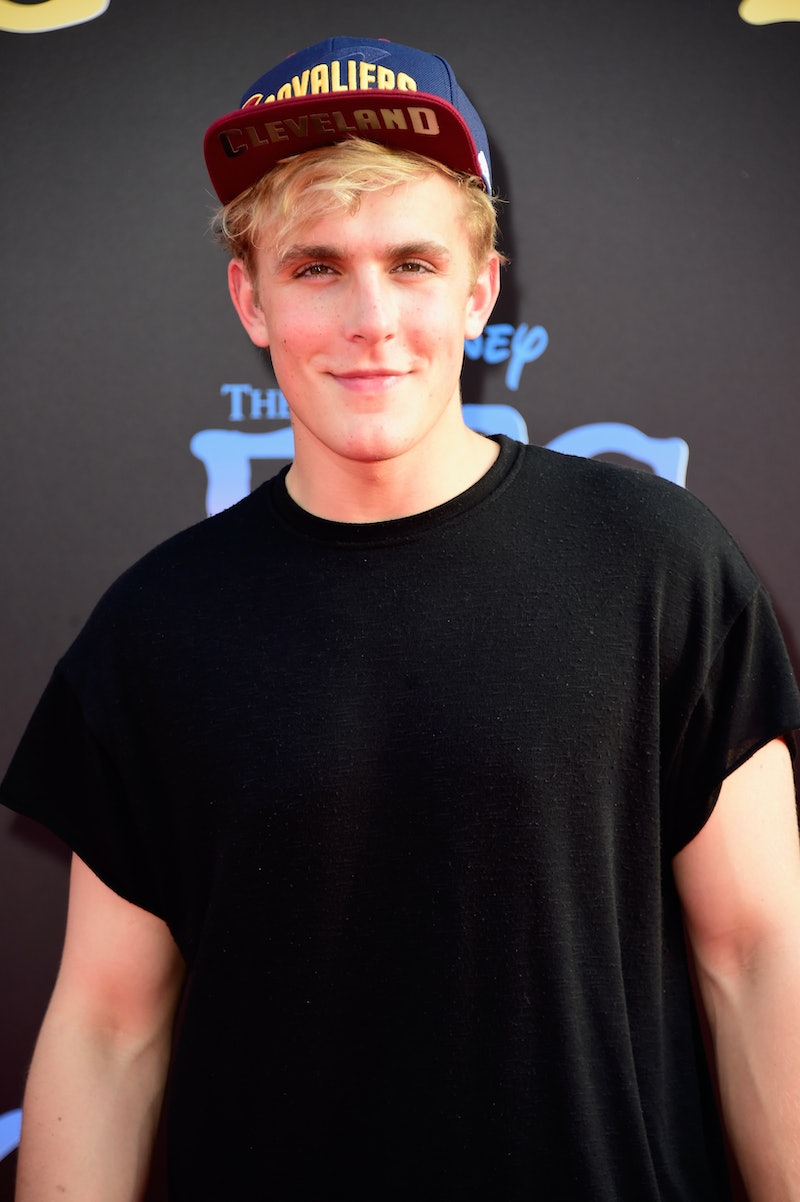 A week after the FBI raided his Calabasas mansion, Jake Paul is attempting to set the record straight about what really went down. In a since-deleted video shared to his YouTube channel, Jake Paul spoke out about the "absurd" rumors about the recent FBI raid on his home and claimed that someone in his inner circle has been spreading "malicious" lies about him to the press.

The video was only available online for a short period of time, according to Entertainment Tonight, but Paul's fans managed to capture and repost the clip, which is the Internet star's first public comment on the incident in the week since the news about the raid first broke. "Just to clarify things and set the record straight, the FBI raid is entirely related to the Arizona looting situation that happened," Paul said, referring to his alleged involvement in a looting at a mall in Scottsdale, Arizona back in late May. (He was ultimately charged with "criminal trespassing and unlawful assembly" after videos from the incident were posted online, but the charges were dismissed in early August.)

The YouTube star added that the FBI raid was part of "an investigation," though he didn't offer any additional details about the situation, which is ongoing. "There are rumors about it having to do with so many other things that have nothing to do with me or my character and the sh*t that people are making up is absolutely absurd," he continued.

In his video, Paul also claimed that many of the "absurd" rumors in question were started by someone he knows personally, and that he has taken action to set the record straight. "That being said, when I become aware of someone around me who is doing malicious things they are immediately cut out of my life," he explained. "I don't put up with bullsh*t, I don't surround myself with bad people. If someone does something bad, they will be removed from my life." He then concluded his message by thanking his fans for "sticking by my side through all of these crazy times" and added that he plans to continue to focus on "my life, myself, boxing, music," despite the investigation.

On August 5, TMZ reported that the FBI had executed a federal search warrant at a house in Calabasas belonging to Paul, where they seized what appeared to be multiple weapons. "The FBI is executing a federal search warrant at a residence in Calabasas in connection with an ongoing investigation," an FBI spokesperson said in a statement about the raid. "The affidavit in support of the search warrant has been sealed by a judge and I am, therefore, prohibited from commenting as to the nature of the investigation. No arrests are planned."

In a statement of his own, Paul's attorney Richard Schonfeld told TMZ that the YouTube star was out of town when authorities executed the warrant. "We understand that a search warrant was executed at Jake's Calabasas home this morning while Jake was out-of-state. We are still gathering information and will cooperate with the investigation." The outlet also confirmed that the FBI also raided the Las Vegas home of Paul's friend Armani Izadi on the same day; Izadi was also spotted at the Scottsdale mall where the looting occurred.

In a statement shared on Twitter on May 31, Paul denied that he and his friends "engaged in any looting or vandalism" at the mall. "We filmed everything we saw in an effort to share our experience and bring more attention to the anger felt in every neighborhood we traveled through; we were strictly documenting, not engaging," he continued. "I do not condone violence, looting, or breaking the law; however, I understand the anger and frustration that led to the destruction we witnessed." It's still unclear how this alleged looting incident led to the raid on Paul's house.