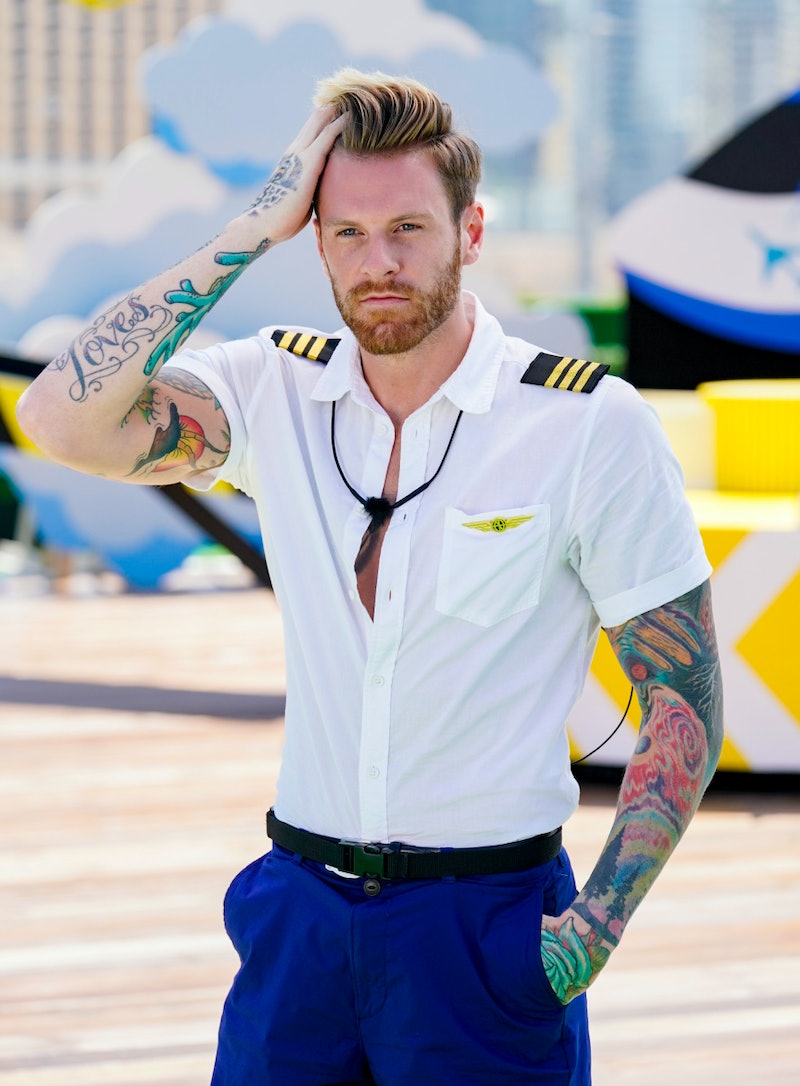 Contrary to his last name, Love Island contestant James McCool is being a little uncool. After initially pairing up with Moira, fans watched his possessive side come out when she wanted to explore her connection with Calvin. But we possibly should have seen this coming, since James hinted in his pre-season intro video that he can take his relationships a little too seriously. "My game is very flirty, in your face," he said. I'm going to be maybe kissing you in like five minutes." He added, "If I meet someone in the villa and we have a connection, she's gonna know about it probably every hour." Yikes.

Moira told James that she felt they were moving a little quickly, which is part of why she was open to going on a date with someone else. Things are still casual for her at this point, while the same cannot be said for James. It seems that he wants to appear chill, even though he's kind of not. His social media presence gives off this same vibe. He seems to be trying extremely hard to not look like he's trying. He's fond of an in-caption hashtag like "#mondaymood" on a professional photo of himself modeling jeans. On other Super Serious selfie shots, he uses captions like "din din" and "I need a haircut" perhaps to make him seem more relatable while he's serving a shirtless smize.

As a personal trainer (for Planet Fitness, per his LinkedIn), he posts a lot of workout content, like this video of just his abs while he does tricep dips. Casual.

His frequent shirtlessness allows his followers an up-close look at his many tattoos. He's got some sort of giant alien thing on one arm with a forest at night and a butterfly. On the other arm he has a rose and some lightning bolts, a waterfall, and the word "Loves," which he said in his intro video is a reference to his family. There's a giant blue rose on his hand and an even more giant lion and jellyfish on his chest. There's a bird on his neck and about a dozen other tattoos that I can't even make out. He's covered.

He gets to show those tattoos off outside of his Instagram page as well, because his LinkedIn says he's also a model who's "willing to travel and relocate with any opportunity comes my way" — even for a reality TV show filmed during a pandemic. Maybe James will turn his behavior around on Love Island and start being the "goofy dork" he claimed to be in his CBS bio. We need less possessiveness and more, well, coolness from Mr. McCool.

More like this
Wait, Is Maya Jama Confirmed To Host 'Love Island'?
By Sophie McEvoy
Molly-Mae Hague & Tommy Fury Celebrate Pregnancy Reveal In The Sweetest Way
By Sophie McEvoy and Sam Ramsden
What Exactly Is The Bish & Chips Show?
By Frances Stewart
'RHOSLC’s Newest Cast Member Has Tried To Become A Housewife Before
By Jake Viswanath
Get Even More From Bustle — Sign Up For The Newsletter