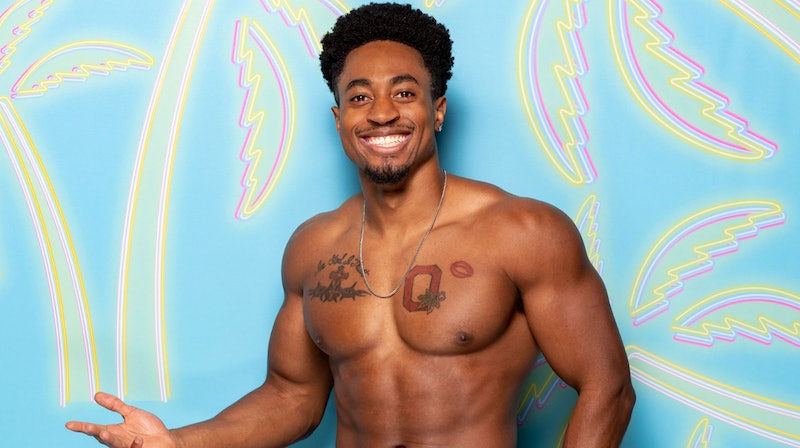 Not even a global pandemic can stop Love Island from filming. Season 2 of the U.S. version premieres on Aug. 24 and will feature a new crop of singles looking for love. They've all been tested for coronavirus and quarantined at a resort in Las Vegas...which hopefully has good lighting, because if the Love Island Season 2 cast's Instagrams reveal anything, it's that they all love to take a good thirst trap.

The guys, in particular, really want their followers to know they put the "G" in GTL. Not only are there a handful of personal trainers in the cast, but plenty of fitness enthusiasts who may as well be. In between all of the selfies at gyms, beaches, and everything in between, some of the contestants do show off other sides of their personalities. There's a Star Wars fanatic, a sports buff, and a number of contestants who are really into fashion. But that's only the start: newcomers (who have presumedly also been quarantined) will continue to join the cast as people are voted out by viewers and fellow islanders alike.

For now, here's who you need to get to know — and where to follow them.

Kaitlynn is a 27-year-old Michigan native who moved to Las Vegas five years ago with "no money or a plan," according to her Love Island bio. Her Instagram feed is full of modeling pics, thirst traps, and SponCon for Bang energy drinks. But apparently no one who's slid into her DMs has caught her attention: per her bio, Kaitlynn has been single for six years.

A 24-year-old student, Mackenzie loves sports and her home state of Arizona — both interests she likes to incorporate into her street style outfits. Her Instagram is filled with tons of selfies and shots of her posing at various sports arenas.

Tre's Instagram username is tgiforte, as in "thank god it's Forte," so you can guess he's going to come onto the show with a lot of confidence. Because he's a personal trainer, there's no shortage of shirtless selfies on Tre's IG page — including some with his dog.

I absolutely refuse to believe that "McCool" is James' real last name, but either way he's really leaning into it. His Instagram is mostly shirtless selfies (he's also a personal trainer) and Very Serious poses.

According to his Love Island bio, Johnny is a 22-year-old college athlete from Virginia who loves running, photography, modeling, weight lifting, and hiking, which is pretty much all he posts about on Instagram too.

A 27-year-old billing coordinator and part-time go-go dancer from New Jersey, Justine immigrated to America in 2001 after surviving the Rwanadan genocide. She recently ended a six-year on-and-off-again relationship, and is now heading into the Love Island villa looking to find the John Legend to her Chrissy Teigen. Her Instagram shows off both her fun and serious sides: she advocates for Black Lives Matter as often as she posts fire fashion pics.

Connor's Love Island bio says he wants to be an accountant, but his Instagram suggests he has a different passion. His username is TrottFit, his bio says he's a national qualifier for the National Physique Committee, an amateur bodybuilding league, and he posts a ton of gym selfies. He should get some tips from the personal trainers on the show for what is almost certain to be his future career.

As a 28-year-old model, Moira's Instagram is expectedly filled with stunning modeling pics. She also seems to love the city as much as she loves the beach.

Carrington has shirtless selfies and gym pics just like the other guys, but his feed is a little more approachable. He also has photos of him hanging out with friends and family. Just be forewarned: if you scroll too far back, you'll hit photos from his high school prom, and then you'll just feel old.

A 24-year-old legal secretary from California, Cely is a nerd at heart who frequently broadcasts her love for Star Wars on Instagram — in between a lot of photoshoots at the beach, that is.

Jeremiah's Love Island bio says he loves to fish, hunt, and work out, but really only the "workout" part is visible on his Instagram. Hopefully the villa has plenty of dumbbells for all these guys...