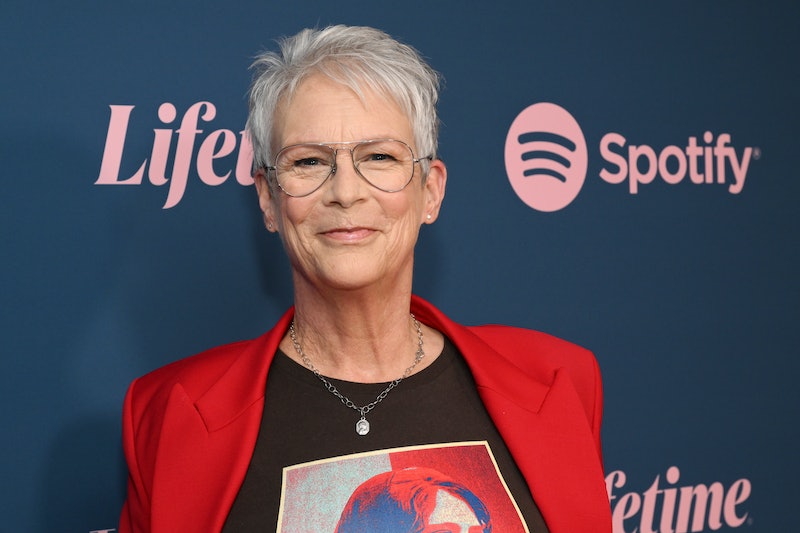 The conversation around “nepo babies” has reached a fever pitch in the wake of a recent New York Magazine cover story about children of Hollywood stars who have made names of their own — and it doesn’t seem to be going anywhere just yet. Two-time Golden Globe winner Jamie Lee Curtis joined the fray with an impassioned Instagram message about her own experience on Friday, Dec. 23. Calling herself “an OG nepo baby,” she took on the discourse and defended their “right to exist.”

Curtis, whose parents Tony Curtis and Janet Leigh were both Golden Globe winners themselves, broke into acting at 19. After first establishing herself as a “scream queen,” she’s built a career that has stretched nearly five decades so far. Looking back, she wrote, “I’ve never understood, nor will I, what qualities got me hired that day, but since my first two lines on Quincy as a contract player at Universal Studios to this last spectacular creative year some 44 years later, there’s not a day in my professional life that goes by without my being reminded that I am the daughter of movie stars.”

The Knives Out star went on to directly address “the current conversation about nepo babies,” and asserted that it “is just designed to try to diminish and denigrate and hurt.” She acknowledged that “associated and reflected fame” has brought her advantages, but also wrote of battling the assumption that she has “no value of [her] own.”

“It’s curious how we immediately make assumptions and snide remarks that someone related to someone else who is famous in their field for their art, would somehow have no talent whatsoever,” she continued. “I have come to learn that is simply not true. I have suited up and shown up for all different kinds of work with thousands of thousands of people and every day I’ve tried to bring integrity and professionalism and love and community and art to my work.”

Curtis also defended her fellow celebrity kids out there. “I am not alone,” she added. “There are many of us. Dedicated to our craft. Proud of our lineage. Strong in our belief in our right to exist.”

Curtis’ ultimate message was to remind others to “be kind,” and it was applauded in the comments section. “You have shown up and continue to!” one follower wrote. “And along with that you are KIND, generous and a quiet voice. Keep on dear!” Another added, “Well said. More compassion and less hate.”

Still, the nepo babies debate wasn’t put to bed. Multiple commenters pointed out “the issue is not that nepo babies have no talent,” as one person put it. What many want is more of an acknowledgement of privilege, given how talent alone is often not enough and connections help “achieve the highest levels of success, especially in creative spaces,” as another person noted.

More like this
"Lavender Haze" Star Laith Ashley Breaks Down Filming With Taylor Swift
By Jake Viswanath
Who Is Murray Bartlett Dating? 'The Last Of Us' Star Is Extremely Private
By Alyssa Lapid
15 Photos Of 'The Last Of Us' Star Pedro Pascal That Cement His Zaddy Status
By Radhika Menon
Twitter Is In Awe Of Taylor Swift’s “Lavender Haze” Music Video
By Jake Viswanath
Get Even More From Bustle — Sign Up For The Newsletter
From hair trends to relationship advice, our daily newsletter has everything you need to sound like a person who’s on TikTok, even if you aren’t.