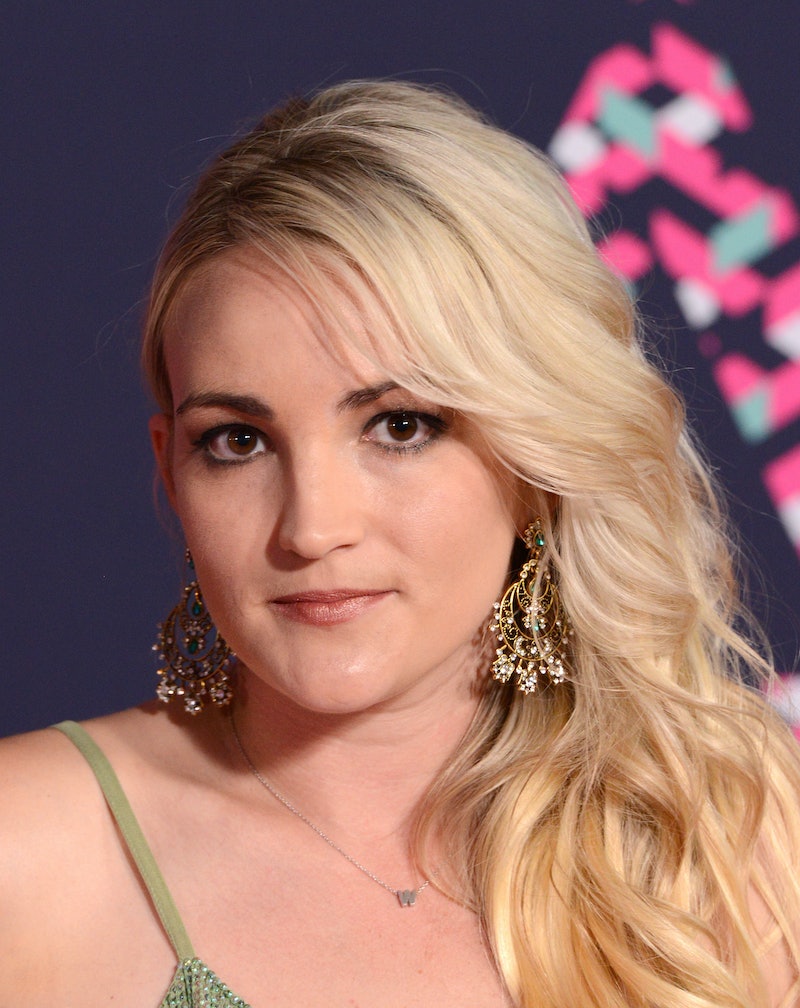 Jamie Lynn Spears isn’t here for the rumors that she’s on her sister’s payroll. As Britney Spears’ conservatorship battle rages on, the former Nickelodeon star reportedly took to her Instagram Stories on Tuesday, July 6, to share a headline that read: “Britney Spears’ sister Jamie Lynn shares photos of her home life…after it’s revealed she is the ONLY family member not on the singer’s payroll.” In response, Jamie Lynn confirmed that she’s not getting any money from the pop star. “Facts,” she wrote, according to Entertainment Tonight. “Now leave my broke-a** alone.”

Britney’s recent plea to end her 13-year-long conservatorship has sparked renewed interest in who, exactly, gets a slice of the pop star’s pie. Last month, the New York Times reported that Spears’ father Jamie — who stepped down as the singer’s conservator in 2019 — gets $16,000 plus $2,000 for rent for an office per month. According to the New Yorker, Spears’ mom and brother are also on her payroll. But Jamie Lynn has long been vocal about not receiving any financial assistance from her older sister.

In 2019, E! News reported that when Jamie Lynn expressed support for her sister on Instagram, someone in the comments suggested that she was only speaking out because she was afraid of “losing her allowance.” “Haha nice try, but I have NEVER been paid a dime from my sister, that is HER hard earned money, and I am NOT entitled to a cent of it,” the Zoey 101 actor replied. “I would not spend money I did not earn.” According to the outlet, she later went back and deleted both the original comment and her response.

Jamie Lynn is just as vocal about her support for her sister now as she was then. Last month, she took to her Instagram Stories after the “Toxic” singer’s court hearing to share her thoughts. “I think it’s extremely clear that since the day I was born I’ve only loved and adored and supported my sister. I mean, this is my freaking big sister before any of this bullshit,” she said, adding that she doesn’t care if her sister wants to “run away to the rainforest and have a zillion babies in the middle of nowhere.”

Moving forward, it seems Jamie Lynn just wants to be there for her sister. “I have nothing to gain or lose either way,” she said after Britney’s testimony, adding that her only concern is the pop star’s happiness. “I’ve made a very conscious choice in my life to only participate in her life as her sister. Maybe I didn’t support her the way the public would have liked me to with a hashtag on a public platform but let me assure you that I’ve supported her long before there was a hashtag, and I’ll support her long after.”

More like this
Ed Sheeran’s Surprise Gig Included An Iconic Britney Spears Tribute
By Bustle Editors and Darshita Goyal
Who Is Nick Cannon Dating & How Many Kids Does He Have?
By Jordyn Tilchen and Radhika Menon
Khloé Kardashian Is Reportedly Dating A Private Equity Investor She Met Through Kim
By Jordyn Tilchen and Jake Viswanath
How To Apply For 'Survivor' & Tips On How To Get Cast
By Meg Walters
Get Even More From Bustle — Sign Up For The Newsletter