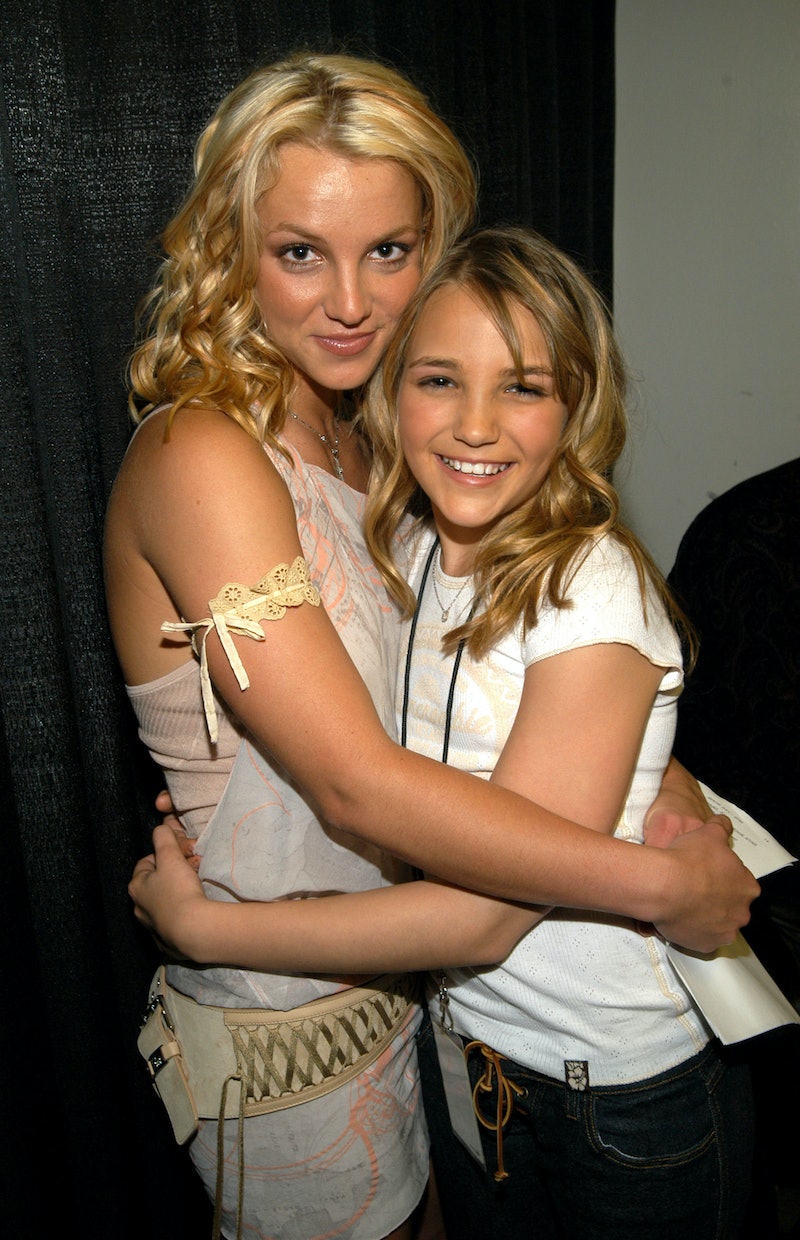 Britney Spears may be going through a lot right now, but not only does she have a league of fans behind her, she's got her sister by her side to shut down every bit of negativity. Britney Spears' sister Jamie Lynn is defending the iconic singer as the #FreeBritney campaign continues to gain momentum. And she wants to make one thing clear: no one is allowed to speak on her sister's mental health except Britney herself.

On Tuesday, July 21, Jamie Lynn spoke about the importance of mental health awareness on Instagram, reposting inspiring words from Halsey and Maren Morris, seemingly shared in response to the increased scrutiny around Kanye West's mental health. "If you deal with mental illness or care for someone dealing with mental illness, then you know how important it is to respect the situation with privacy for the person, and the family trying to protect their loved ones, no matter how it appears to the public," she captioned the post. "I pray this doesn’t bring shame to anyone dealing with mental illness, you are not alone, and you are loved."

As captured by BuzzFeed, one user who commented on the post had a problem with the fact that Jamie Lynn didn't directly address what they called Britney's "obvious mental illness." Being the loyal sister that she is, Jamie Lynn had a huge problem with that sentiment. "You have no right to assume anything about my sister, and I have NO right to speak about HER health and personal matters," she responded. "She is a strong, badass, unstoppable woman, and that's the only thing that is OBVIOUS." Both comments have since been deleted.

In a separate comment, Jamie Lynn also explained that she would not publicly speak on Britney out of respect for her privacy. "I would never speak out just to clarify things to the public, when the person it pertains to does not want that to happen," she said, clearly. "I'd rather take all the hate, [than] speak about someone else's personal matter, that they want to be kept private."

Jamie Lynn's comments come as the #FreeBritney movement is gaining traction online in the midst of Britney's ongoing conservatorship hearings. The singer has been under a conservatorship since 2008, which means that she's not in control of her finances and business decisions. Her father Jamie acted as her conservator until September 2019, when he stepped down "due to personal health reasons." The next hearing regarding her conservatorship is scheduled for today, July 22, and will reportedly address Britney's mom Lynne's requests to have more involvement in her daughter's finances, among other concerns.

The #FreeBritney campaign aims to let Britney go from the conservatorship and is dedicated to raising awareness of fans' concerns about the arrangement. Britney herself has not spoken directly about the conservatorship or #FreeBritney, only alluding to the situation in an Instagram video back in April 2019. But on July 10, she clapped back at trolls that left hateful comments on her iconic Instagram posts, expressing how happy she is right now. And truly, that's all what really matters.