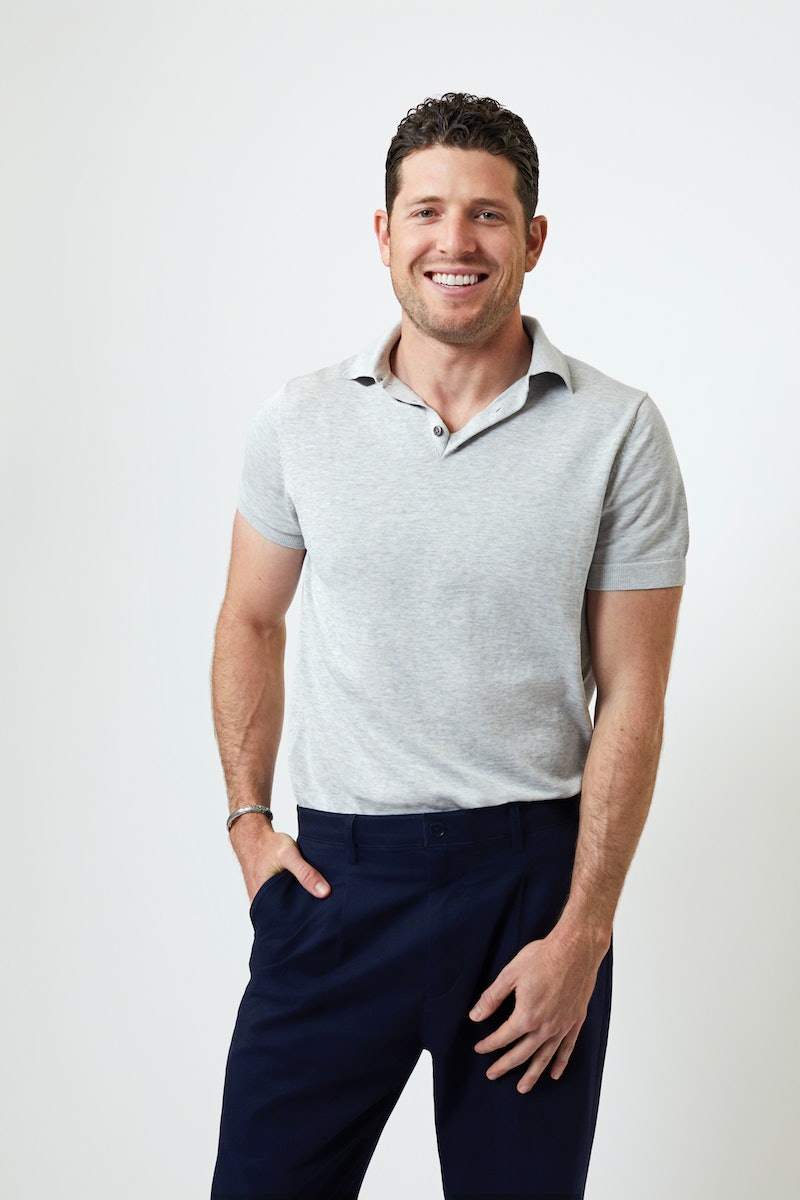 Don’t expect The Bachelorette Season 19 contestant Jason Alabaster to stir up too much drama. The 30-year-old Santa Monica, California resident is “never the loudest guy in the room,” according to his ABC bio. In a June 7 “Meet the Men” TikTok Live, host Jesse Palmer further described Jason as being soft-spoken, sensitive, caring, gentle, and “very, very thoughtful.”

According to Palmer, the Memphis native has Southern roots but lived in several parts of the country before moving to Los Angeles to pursue a career in investment banking. It seems to have worked out for Jason, too, as the former Bachelor shared that the contestant is “extremely bright” and “also extremely successful.”

Here’s everything else to know about Jason — one of this season’s most private contestants — before he meets Gabby and Rachel for the first time when The Bachelorette premieres on July 11.

As of publication, Jason’s reported Instagram, which only had 94 followers, was set to private. However, ABC revealed some fun facts about the Season 19 contestant, including that he loves to tour historical homes, hates Coca-Cola, and stargazing is his favorite pastime. Jason also loves to surf, dance, and play tennis.

In 2014, Jason earned an economics degree from Rollins College in Winter Park, Florida, where he was an NCAA All-American Varsity student-athlete on the school’s tennis team. He was also a member of the Omicron Delta Epsilon International Honor Society for Economics. His college team bio notes that he won the 2008 State Doubles Championship while attending Lausanne Collegiate School in Memphis. While in college, Jason founded a startup platform for students to post jobs they needed to be done, but ultimately he didn't have enough money to market it, he explained in a 2016 Commercial Appeal interview.

After graduation, he and his Rollins tennis teammate, Malte Christesen, started a temporary tattoo company called Pure Tatts. After first selling them out of their backpacks at festivals, their product was available in more than 50 stores nationwide within a year. Jason told the outlet that he learned how to sell to people from his grandfather, the late Jake Alabaster, who sold jewelry at flea markets.

Though Jason removed his last name and current job information from his reported LinkedIn, he received the following endorsement from Simpla Foods founder and CEO Ari Davis: “As a close friend of Jason's, and someone who has known him since 2011, I can speak highly of his integrity, commitment, and honesty. We were co-captains on the Rollins NCAA Mens tennis team, and additionally we co-founded a tech start up in Winter Park, Florida. I would highly recommend Jason to anyone looking for a self-starter, highly motivated, and trustworthy individual.”

After relocating to the West Coast, he now reportedly works in institutional equity sales at B. Riley Financial in Santa Monica.

What Jason’s Looking For

ABC describes Jason as a “relationship kind of guy” who “loves love and is ready to find a woman with whom to laugh and grow through life.” His ideal woman is “adventurous, trustworthy, and down to enjoy a few drinks while the sun sets.” As someone who values authenticity, Jason says that “when he finds the one, the vibes will tell him all he needs to know.”

Only time will tell if Gabby or Rachel will bring the good vibes Jason needs — or if either of the Bachelorettes will feel them in return.

More like this
Zach Swears He Didn’t Look Up Contestants Before The Bachelor Began Filming
By Brad Witter
The Bachelor’s Christina Mandrell Comes From One Of Country Music’s Most Famous Families
By Brad Witter
A Guide To All Of Zach Shallcross' 'Bachelor' Filming Locations
By Brad Witter
10 Photos Of The Wildest Limo Arrivals From 'The Bachelor' Premiere
By Brad Witter
Get Even More From Bustle — Sign Up For The Newsletter
From hair trends to relationship advice, our daily newsletter has everything you need to sound like a person who’s on TikTok, even if you aren’t.