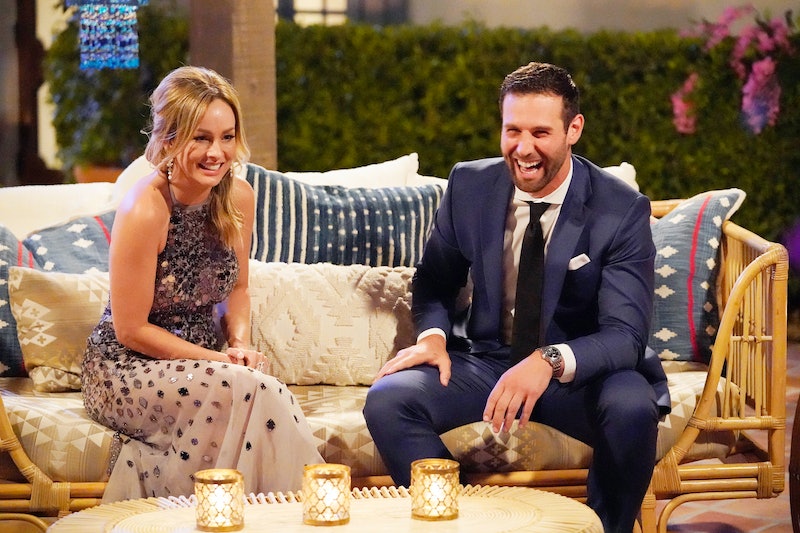 Dale Moss isn't the only former football player on Clare's season of The Bachelorette — Jason Foster had a football career, too. After graduating from the University of Rhode Island in 2012, per the Providence Journal, he was signed as an undrafted free agent with the Indianapolis Colts where he played guard and center.

Jason spent six months with the team, per LinkedIn, and then went on to play the same positions for the Oakland Raiders. At the time, according to an interview with the team's show Behind the Shield, he was the only Rhode Island grad in the NFL. In the same interview, he said his dad also played professionally for the New York Giants, "back in the '70s, when they didn't wear pads," he joked. "I'm just trying to live out the legacy of the family."

In late 2013, he made his way to the Tampa Bay Buccaneers where he played center. (Dale also spent time with the team.) In 2014, the Bucs released him and he went north to play for the Canadian Football League's BC Lions, who released him in 2016. According to his ABC bio, he left the sport after experiencing "one too many concussions."

Jason's Instagram puts snippets of his football days on display. In July 2019, the start of NFL training camp prompted him to reflect on his time there. "I look back on my times and how I was able to participate and do my best to compete with the best athletes in the world (I was not one of them)," he wrote. "I was very grateful for those chances and [the ability] to play the game."

After his time in the CFL, he shared a photo from the practice field with teammates."What a fun and memorable year north of the boarder [sic]. Thank you to all the guys who made it the most fun and enjoyable time," he captioned the post.

Now, Jason works as an account manager at Signature Consultants, an IT staffing and recruiting company. He may no longer be a professional athlete, but he still loves some friendly competition — whether it's playing a round of golf, watching an intense hockey game, or, you know, competing for a rose from Clare.