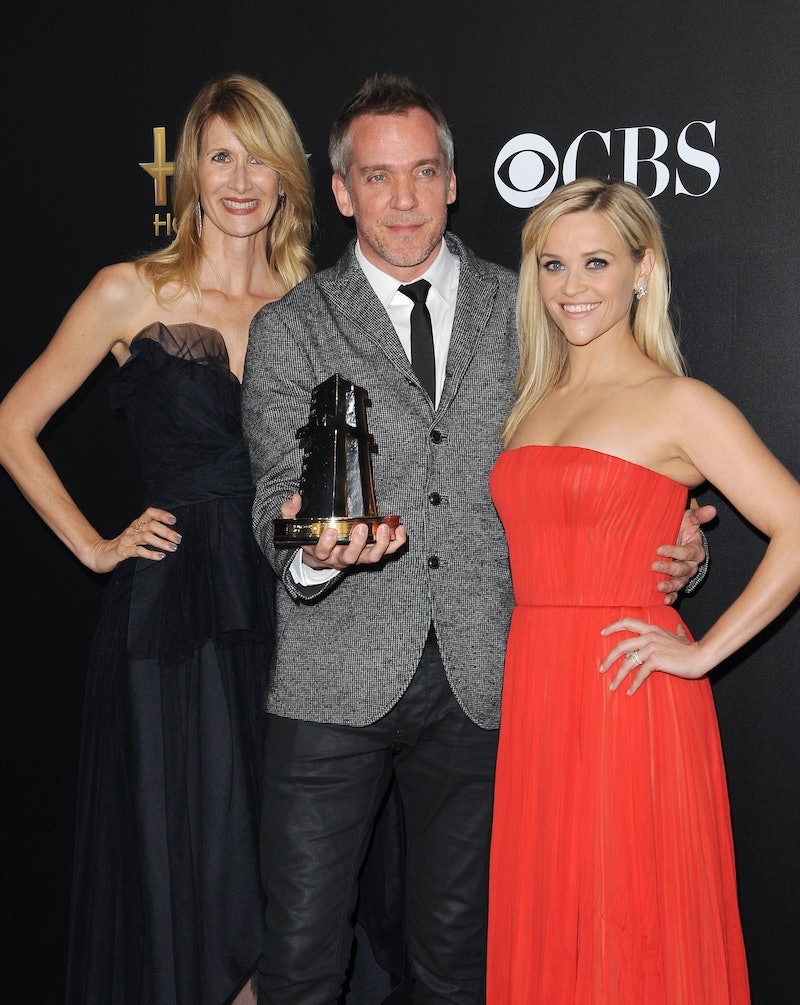 The entertainment industry is mourning the sudden loss of an acclaimed filmmaker. Canadian director Jean-Marc Vallée died over the weekend at age 58, CNN reports. He had made a name for himself with lauded projects such as the films Dallas Buyers Club and Wild and the TV series Big Little Lies and Sharp Objects.

Vallée’s publicist Bumble Ward called his death unexpected, according to The New York Times, and Deadline later cited multiple sources as saying he had suffered a heart attack. The father of two was found dead on Sunday, Dec. 26 at his cabin near Quebec City by friends whose visit he’d been preparing for. Despite details still emerging, one thing was clear: His loved ones, including friends and colleagues, will miss him greatly. After news of Vallée’s death broke, stars like Reese Witherspoon, Laura Dern, Matthew McConaughey, and Jared Leto paid tribute to him, celebrating him as a “true artist” and “dreamer.”

Witherspoon, who had worked with Vallée on both Wild and Big Little Lies, shared a very poignant Instagram post on Dec. 27. “I will always remember you as the sun goes down,” she wrote in part. “Chasing the light. On a mountain in Oregon. On a beach in Monterey. Making sure we all caught a little magic in this lifetime.”

Several of her Big Little Lies co-stars joined her in honoring him, including Dern who described him in a tweet as “one of our greatest and purist artists and dreamers.” Meanwhile, Shailene Woodley shared a series of Instagram stories with a photo of Vallée cooking and wrote about how his death had left her in “complete and utter shock.” She added in part, “my f*cking god death is the worst. but i guess somehow i know you will turn it into a grand adventure … one for the books. one I cant wait to read & to watch when my time comes.” Later, she posted to her grid, sharing her memory of the last time she saw him and what he meant to her.

McConaughey and Leto, who starred in Dallas Buyers Club and both won Oscars for their roles, remembered him as “a true receiver” and “a filmmaking force and a true artist,” respectively.

Author Cheryl Strayed, who wrote the book Vallée’s Wild was based on, celebrated him as “a soulful artist, an extraordinary filmmaker, a wonderful father to his two wonderful sons, and a treasured friend to me and to so many.”

HBO Max’s Twitter account also remembered Vallée’s family and sent the company’s “sympathies to his sons, Alex and Émile and his extended family.”

The filmmaker’s native Canada mourned him as well. A tweet from the Academy of Canadian Cinema & Television highlighted his “phenomenal talent and extraordinary vision,” and Prime Minister Justin Trudeau tweeted that “he left a mark in Quebec, across Canada, and around the world.”

As so many said, Vallée will be missed.

More like this
Reese Witherspoon Confirms This Fan Favorite Will Return For 'Legally Blonde 3'
By Jake Viswanath
Here’s Everything Coming To & Leaving Netflix In February
By Jake Viswanath
What Is Mary J. Blige’s Net Worth? The 9-Time Grammy Winner Is Doing “Just Fine”
By Hugh McIntyre
Pamela Anderson’s Dating & Marriage History Could Be Its Own TV Series
By Jake Viswanath
Get Even More From Bustle — Sign Up For The Newsletter
From hair trends to relationship advice, our daily newsletter has everything you need to sound like a person who’s on TikTok, even if you aren’t.