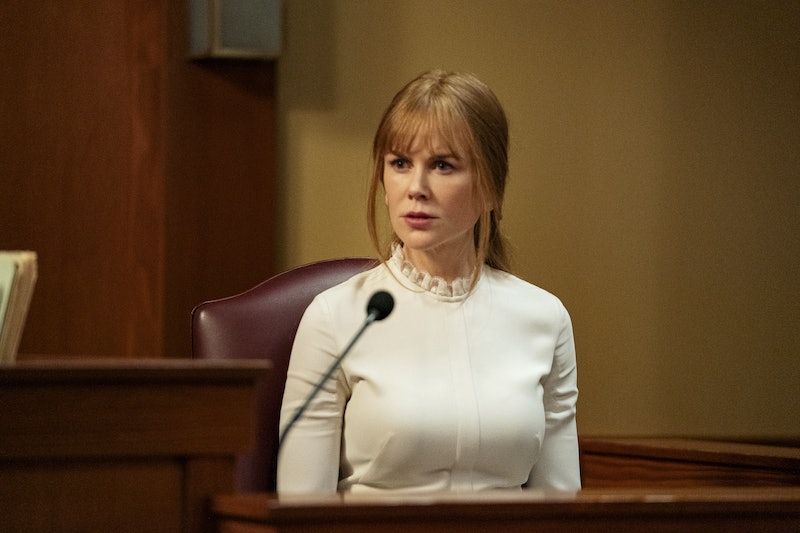 In an update that just might make fans want to scream, Nicole Kidman teased a major Big Little Lies Season 3 update. And it sounds like more murder and mischief from the Monterey Five might be on the way soon, because Kidman revealed in a new interview that BLL showrunner David E. Kelley and author Liane Moriarty “have a really good idea” for a potential third season. Season 2 of the hit HBO drama ended in July 2019, and while a third season has never been announced, the cast and crew have been vocal about their willingness to bring the limited series back for another round.

The revelation comes courtesy of Kidman's chat with Marie Claire Australia published on Thursday, Oct. 8. "Reese [Witherspoon] and I talk or text once a week," Kidman said when asked for a BLL update. "She’s just moved back to Nashville and we’re really close." Kidman then said of the star-studded cast, "We all just want to work together again. I texted Zoë [Kravitz] and Laura [Dern] and they’re in [for Season 3]." She added, "David and Liane have a really good idea for it. Watch this space!"

Kidman, who played Celeste Wright in the limited series, has been vocal about her desire to reprise her role, revealing that she could play the former lawyer forever. “The role is so beautiful because it's so, so layered," she told Entertainment Weekly in July. "I mean, I could play her for the rest of my life, exploring the way her life unravels.” Kidman continued, “You just go, 'Ahh, ok, jump off the cliff and try.' And I've always tried that through my whole career anyway, and as a person, you jump off. Why not?"

The hit drama was initially intended to be a miniseries when it premiered in 2017, lasting only one season. But, it was such a hit that everyone returned for Season 2, again with the warning that it could be the last. Still, fans have been hoping for more episodes — especially after the second season's cliffhanger ending. And, who knows? Perhaps Meryl Streep has got more emotionally-charged shrieks up her sleeve as Mary Louise, Celeste's formidable mother-in-law.

In an interview with The Daily Telegraph last July, Kidman marveled at the success of the series and, more specifically, its female-led cast. “I'm so glad the show has found its way because there really is nothing on TV with six female leads," Kidman said. "I don't know where that show is, so to have the support now has been incredible. It's never going to be perfect, but by gosh, it's so great there's six lead roles for women in one show."