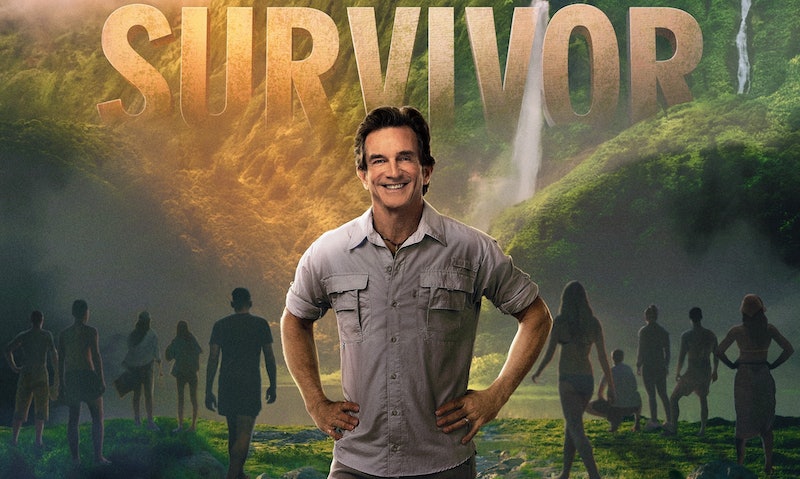 Jeff Probst is one of the most recognizable and beloved hosts in reality TV history. He scored his big break when he landed the Survivor gig ahead of the series premiere 22 years ago in 2000, and he’s remained the face of the reality competition staple for an impressive 43 seasons. With no end in sight for the behemoth series, fans are curious about Probst’s net worth and salary per season.

In addition to Survivor, Probst keeps busy promoting the show, landing guest appearances on other programs, and even writing novels. His tenure on the show earned him many awards including several Emmys, and he’s credited with placing several phrases — such as “the tribe has spoken” and “I’ll go tally the votes” — into our lexicon.

When explaining why he chose Survivor during his Talks at Google conversation, Probst said he “really wanted to do something that had storytelling in it.” In 2012, Probst recalled how he wound up securing his spot as the Survivor host. He was originally up for other game shows, lost out to other big name hosts, and had less than $8,000 to his name. Probst then heard about television producer Mark Burnett talking about Survivor on the radio. “Right then I called my agent said, “There’s this new show called Survivor and I’ve got to get in,’” Probst recalled.

Probst met with Burnett, but didn’t hear back for months. It came down to Probst and Phil Keoghan (who went on to host Amazing Race). Burnett ultimately went with his gut, selected Probst for Survivor, and the rest is history.

How much has Probst made from Survivor and his other business adventures? Let’s investigate.

Probst makes the bulk of his money from Survivor, and that has been the case for more than two decades now. Probst reportedly earns $200,000 per episode, according to Distractify. The average number of episodes per season of the show is 14, which equals $7 million for each new season. Celebrity Net Worth reports that he takes home $8 million per year. Probst has likely seen his pay increase throughout the years, and one outlet even reports that a decade into the show’s tenure, he was making $50,000 less per episode than he is today. For his efforts, Probst has won the Emmy for Outstanding Host for a Reality or Competition Program four times.

Before Survivor came along, Probst had already spent years working in the TV industry as both an actor and a host. Perhaps most notably, the future Emmy winner served as the host of the VH1 series Rock & Roll Jeopardy! He has also acted in programs like Face of a Stranger, Wanda Sykes Presents Herlarious, and the animated series Fillmore! He has portrayed himself (or some fictionalized version of himself) on Family Guy, Two and a Half Men, Life In Pieces, and How I Met Your Mother. From 2012 to 2013, Probst also had a syndicated talk show The Jeff Probst Show, which was ultimately canceled after one season.

Probst has also dabbled behind the scenes on films. In 2001, he released Finder’s Fee, which he wrote and directed and which starred James Earl Jones and Ryan Reynolds. It would be 13 years before he had another project come out, when the romantic drama Kiss Me, which he directed and produced, arrived in 2014. Neither movie was a major box office success.

Probst leveraged his Survivor fame to launch a writing career, and in the past decade, he and his co-author Chris Tebbetts have published half a dozen titles, with all of them tying back into the program that made him a star. He started with the Stranded children’s book series in 2013, which included three books: Stranded, Trial By Fire, and Survivors. The following year, he returned with the Shadow Island series, which included another three releases: Shadow Island: Forbidden Passage, Shadow Island: The Sabotage, and Shadow Island: Desperate Measures. What Probst and his co-writer earned from these books isn’t clear.

What Is Jeff Probst’s Net Worth?

Probst’s net worth is estimated to be $50 million, per Celebrity Net Worth, which is basically like wining Survivor 50 times. With more seasons of Survivor on the way, Probst’s bank account is sure to survive and thrive.