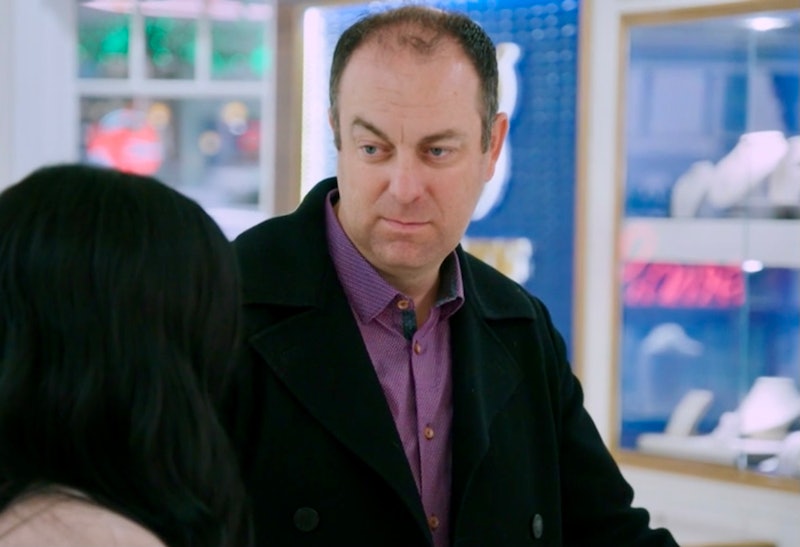 When Jen Shah introduced her “first assistant” Stuart Smith in Season 1 of The Real Housewives of Salt Lake City, she made it clear that he played a large role in her life. “He just does everything,” she explained of her longtime personal and business assistant. “He knows my favorite color, my favorite food, he’ll go get me tampons, he knows when my period is every month. Stuart knows everything. He knows more than [my husband] knows.”

In a more recent episode, Shah added that Smith had been with her during her lowest points in life. That now includes the pair’s ongoing legal battle. In March, Shah and Smith were named as co-conspirators in an alleged telemarketing fraud scheme. Federal prosecutors claim that the two helped to “defraud hundreds of victims” — many of whom were over age 55 — between 2012 and 2021. In particular, they are accused of compiling lists of potential victims, referred to as “leads,” which they then allegedly sold to telemarketing companies that would attempt to sell business services to the targeted individuals. In turn, Shah and Smith allegedly received “a share of the fraudulent revenue” as profit.

The pair has also been accused of taking “significant efforts to conceal their roles” in the operation, including allegedly using third party names on business documents and directing others to use encrypted messaging and send their “shares of certain fraud proceeds” to offshore bank accounts.

Both Shah and Smith have maintained their innocence. In April, they pleaded not guilty to charges of conspiracy to commit wire fraud and conspiracy to commit money laundering. They were each released on a $1 million bond, and now face a maximum sentence of 50 years in prison.

“Jennifer Shah, who portrays herself as a wealthy and successful businessperson on ‘reality’ television, and Stuart Smith, who is portrayed as Shah’s ‘first assistant,’ allegedly generated and sold ‘lead lists’ of innocent individuals for other members of their scheme to repeatedly scam,” Manhattan U.S. Attorney Audrey Strauss said in a statement at the time. “In actual reality and as alleged, the so-called business opportunities pushed on the victims by Shah, Smith, and their co-conspirators were just fraudulent schemes, motivated by greed, to steal victims’ money. Now, these defendants face time in prison for their alleged crimes.”

In the Nov. 7 episode of RHOSLC, Shah thanked Smith for sticking with her through good and bad times. “I hope you realize, too, like, the sacrifices I made — they’re to take care of you and your family,” she told him, pointing out that she’d missed out on time with her sons in order to “set up all these businesses and companies” to “take care of” employees who were struggling to put food on the table.

However, there have been rumors circulating that Smith will turn on Shah in order to secure a plea deal. According to court documents shared to Twitter by attorney and former NBC legal analyst Ronald Richards, Smith’s lawyer D. Gilbert Athay wrote in a letter to judge Sidney H. Stein that Smith was “working diligently towards a resolution of his case” and that he was confident they would not need to go to trial. Richards interpreted that to mean that Smith will “most likely flip on” Shah, whose trial is currently set for March 2022. Bustle reached out to Smith’s lawyer but has not received a response.