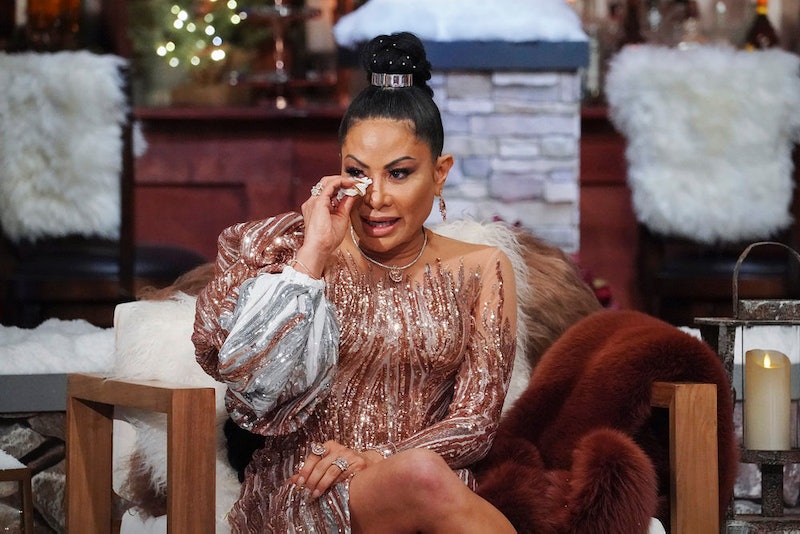 Following her March arrest, Real Housewives of Salt Lake City star Jen Shah star has been classified as an alleged “senior participant” in a nationwide telemarketing fraud scheme, according to new court documents obtained by People in July. Both Shah and her assistant Stuart Smith are listed as “Tier A” defendants in the ongoing fraud case, with federal prosecutors claiming the duo was “responsible for orchestrating the broader scheme” and “supplying the leads that sustained” the telemarketing companies.

“In particular, Jennifer Shah and Stuart Smith obtained [names of potential victims] directly from lead sources and provided them to, among others, coaching sales floors operated in Utah and Nevada by [other defendants],” the document says, per the magazine.

Shah’s lawyer Priya Chaudhry dismissed the claims in a statement to People. “After investigating for nearly 10 years, and a 12-day trial in which Ms. Shah was never mentioned, the Government suddenly lobs this absurd claim,” Chaudhry said in late July. “This is just their latest made-up allegation, and like all others, totally unsupported by evidence. The reality is — she is totally innocent.”

Shah, for her part, also maintained her innocence during a Sept. 8 Instagram Live conversation with The Real Housewives of Potomac star Gizelle Bryant. “I think what people don't understand is, here in America, you're innocent until proven guilty. I'm innocent," Shah said. "And I believe that this is not just my test, this is everybody's test close to me and in my corner. … I’ve just been focused on my family right now because as you can imagine, this entire situation is just, it’s hard.”

More specifically, she said that her costar Heather Gay has been there for her “from the jump.” “Heather showed up for me, without question. No questions asked.” Meanwhile, Shah said that Lisa Barlow “took a minute to process” what was going on but ultimately affirmed that she believes Shah is innocent and will stand by her.

Here’s everything else you need to know about Shah’s ongoing legal drama.

What Is Jen Shah’s Job?

Shah is the CEO and founder of JXA Fashion, Shah Beauty, and The Real Shah Lashes. She also runs multiple marketing companies. “The marketing companies have been my core business for almost 20 years. We do direct response marketing, which I would say 90% of it right now, in 2020, is all online, but we do a lot of infomercials, direct mail, print, anything that is direct response, that requires a call to action from a consumer,” Shah explained to Bustle in November 2020, comparing herself to the Wizard of Oz. “I’m the person behind the curtain that nobody sees, but nobody knows how things are working, that’s me.”

Why Did Jen Shah Get Arrested?

Federal authorities arrested Shah on March 30, charging her with one count of conspiracy to commit wire fraud in connection with telemarketing and one count of conspiracy to commit money laundering. In a press release announcing the arrest, prosecutors claimed Shah and Smith engaged in a “coordinated effort to traffic in lists of potential victims,” referred to as “leads.” From there, the pair allegedly sold those leads to telemarketing companies that would attempt to sell business services to the targeted individuals. Both “received as profit a share of the fraudulent revenue per the terms of their agreement with those participants,” according to the indictment. Among the “hundreds” of people Shah allegedly defrauded, many were over the age of 55.

In the statement, Manhattan U.S. Attorney Audrey Strauss said: “Jennifer Shah, who portrays herself as a wealthy and successful businessperson on ‘reality’ television, and Stuart Smith, who is portrayed as Shah’s ‘first assistant,’ allegedly generated and sold ‘lead lists’ of innocent individuals for other members of their scheme to repeatedly scam. In actual reality and as alleged, the so-called business opportunities pushed on the victims by Shah, Smith, and their co-conspirators were just fraudulent schemes, motivated by greed, to steal victims’ money. Now, these defendants face time in prison for their alleged crimes.”

During an April 2 arraignment, Shah and Smith both pleaded not guilty to what the government described as a $5 million money laundering scheme. The judge set Shah’s bail at $1 million, giving her one week to pay the required $250,000 “to secure that bond in cash or property,” noting a “risk of flight.” A trial date was originally scheduled for Oct. 18, 2021.

If convicted, the RHOSLC star faces a maximum sentence of 30 years for the wire fraud charges and an additional 20 years for the money laundering charges. The latest court documents listed Shah as a Tier A defendant, noting that the classification reflects an alleged “greater culpability” and claiming that many of the senior participants “continued to participate in the Scheme after they became aware of the criminal charges.” Four other defendants are also listed as Tier A, one of whom has already been sentenced to 78 months in prison, according to People. Others in the lower tiers have received anywhere from 366 days to 87 months.

When Is Jen Shah’s Trial?

People confirmed on Aug. 10 that all of Shah’s pre-trial motions, including requests to have her charges dismissed and to suppress her post-arrest statements along with evidence seized in warrants, had been denied in court. U.S. District Judge Sidney H. Stein wrote in an Aug. 5 filing that Shah's motion to dismiss the indictment because there's no proof she "joined the conspiracy willfully and with the specific intent to defraud" doesn't survive "even cursory scrutiny," per the magazine. Stein also postponed Shah’s trial until March 7, 2022, citing updated COVID-19 protocols.

Will Jen Shah’s Legal Issues Be Shown On RHOSLC?

Yes. Season 2 opens with a scene of Shah receiving a phone call and immediately leaving the car she was waiting in with the RHOSLC cast. Moments later, investigators approach the car looking for Shah, as her co-stars read reports of her alleged crimes in shock. “A crew with RHOSLC was outside the courtroom capturing it all for the show,” a source claimed to E! News. Meanwhile, a separate source explained that Shah’s RHOSLC co-stars learned about the news like everyone else, adding that many of them “had questions about Jen’s business, but no one saw these arrests coming.”

The preview for RHOSLC Season 2 makes clear that not only were cameras rolling when Shah got a call presumably warning her that federal authorities were on their way to arrest her, but also documented the ensuing fallout. Later, Shah accuses Meredith Marks of turning her into the feds.

During a June 2 interview on the So Bad It’s Good With Ryan Bailey podcast, Shah’s castmate and friend Heather Gay confirmed that “everything plays out in real-time” in RHOSLC Season 2. “We are in it with her,” Gay explained. “We are going through it as friends, as people, who for the first time in their lives, are public figures. And for the first time in their lives, not only have to answer to their family and friends, but a worldwide audience.”

Gay added that she’s “passionate about second chances,” and even if Shah is “wrongfully convicted,” she can still “make things right” and “redeem herself.” Added the Beauty Lab + Laser owner, “I think that good people can do bad things.”

While appearing on Watch What Happens Live with Andy Cohen on Sept. 12, Gay admitted that she knew Shah’s business was “unsavory,” but that she didn’t know it was illegal. “I didn’t think you’d go to prison for it,” she added. “I would’ve said, ‘Babe, don’t do this. Your life is worth more than that.’”

This post will be updated with new details as they become available.

This article was originally published on July 24, 2021