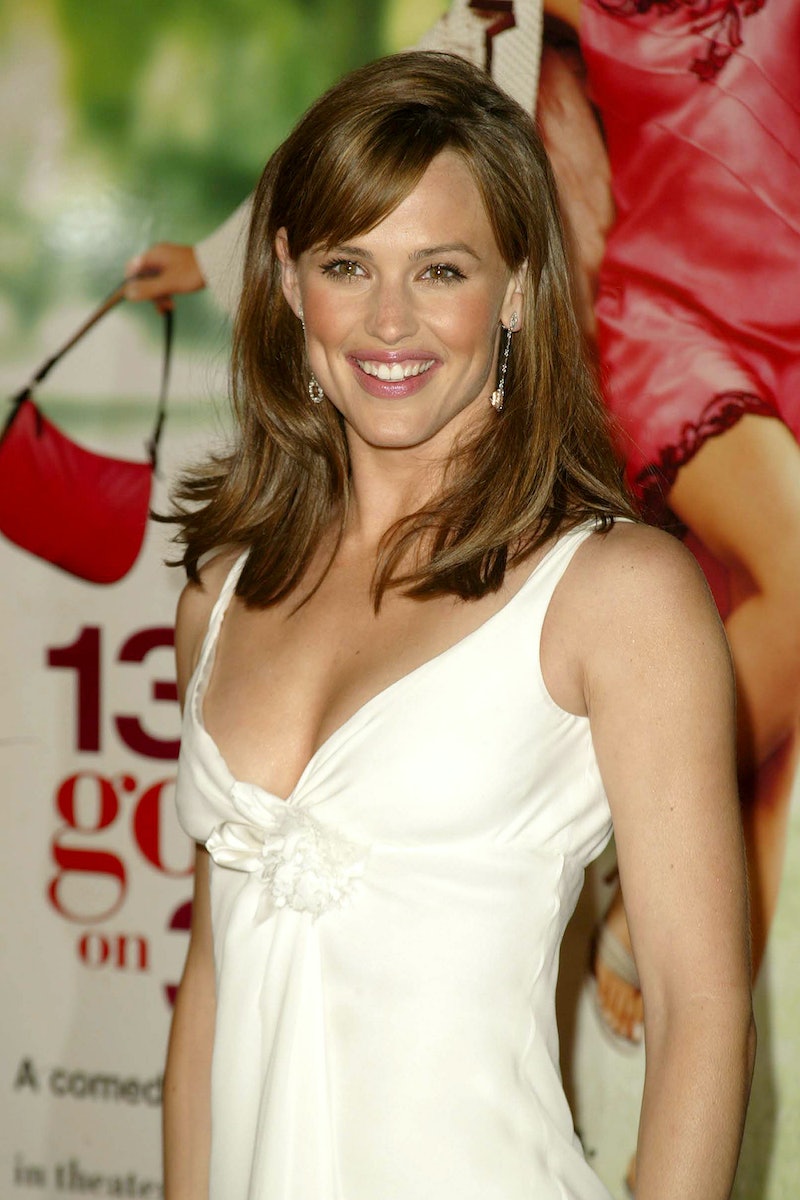 It's nice to know that Jenna Rink and Lucy Wyman are still flirty and thriving. Jennifer Garner reunited with her 13 Going on 30 co-star Judy Greer for a socially distanced walk on Monday, Jan. 25. And because we no longer live in 2004, Garner was able to post the photos from their hangout on Instagram.

The Alias star first teased the mini-reunion by posting a sly photo of Greer's backside on her Instagram Story and asking followers to guess who "this adorable biscuit" belonged to. "Today I got to take a walk with one of my most favorite people ever," she wrote. Garner also hinted that this person "stops and talks to every dog she sees." She then posted some of the responses she received, and many fans guessed Greer correctly. "Ding ding ding," Garner wrote.

On her main feed, Garner shared a snapshot of her and Greer, socially distanced and masked up, along with a very kind and heartfelt caption. "Always the smartest. Always the funniest. Always the biggest @dodgers fan in the room," she wrote. "I love @missjudygreer. #TeamJG," she added, referring to their shared initials.

The actor ended her post by apologizing for breaking a promise she made to Greer. "p.s. Hey, JG — remember how I said I wasn’t going to post you?" she asked. "Sorry, but you're cute." Greer seemed to hold up her end of the bargain by not posting anything with Garner on her own Instagram.

As viewers will remember, the 2004 film went on to become one of the millennial generation's defining teen rom-coms. During a Good Morning America interview in 2019, Garner laughed off the idea of a sequel but talked about how close she still was with the cast, especially Greer. "We had so much fun together," she said. "She was my frenemy and we're still really good friends."

Although a sequel isn't likely to happen, another 13 Going on 30 reunion will take place soon — and fans will be able to actually watch it. Garner will reunite with Mark Ruffalo — aka Matty — for a new Netflix film, The Adam Project. The duo will once again play an onscreen couple, but they'll also be parents to Ryan Reynolds' character, who goes back in time to see his 13-year-old self in a reverse 13 Going on 30 experience. While the film has started production, no release date has been set.

More like this
Reese Witherspoon Confirms This Fan Favorite Will Return For 'Legally Blonde 3'
By Jake Viswanath
James Cameron May Come To Regret His 'Titanic' Door Experiment
By Stephanie Topacio Long
Taylor Lautner Copped To Finding Jacob "A Little Annoying" In Twilight
By Stephanie Topacio Long
Alicia Silverstone Revives Her 'Clueless' Character In This Super Bowl Commercial
By Jake Viswanath
Get Even More From Bustle — Sign Up For The Newsletter
From hair trends to relationship advice, our daily newsletter has everything you need to sound like a person who’s on TikTok, even if you aren’t.