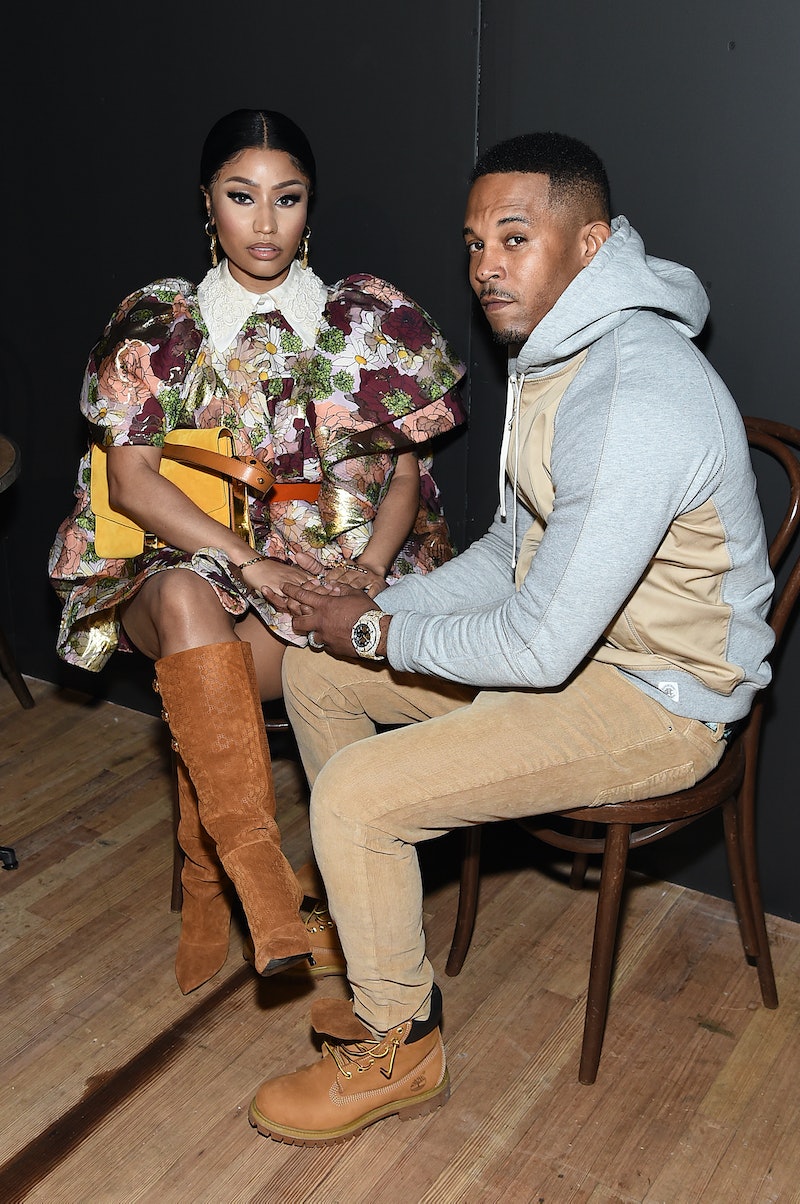 Nicki Minaj has been highly discussed over the last few weeks as a result of her views on the COVID-19 vaccine, but that’s not the only controversy she’s currently embroiled in. In August, 43-year-old Jennifer Hough filed a lawsuit alleging Minaj and her husband, Kenneth Petty, harassed her and tried to convince her to take back claims that Petty raped her in 1994. Petty has denied the charges but pleaded guilty to attempted rape of the then-teenager in April 1995 and served four-and-a-half years in prison as punishment. Last year, Petty was arrested for failure to register as a sex offender. On Sept. 22, Hough appeared on The Real and spoke publicly about the lawsuit and alleged harassment for the first time, claiming that she’s “tired of being afraid.”

“I feel like the actions that were taken in regards to this whole situation have put me in a different type of fear at my age, and it was wrong,” Hough said in the interview. “I don’t want to be afraid anymore. The only way to not be afraid is to continue to speak up.”

Speaking the show’s hosts, Hough detailed her memory of the alleged rape, which she says occurred on Sept. 16, 1994. After a short exchange at their high school bus stop, she says Petty grabbed her, held something she “assumed ... was a gun” against her back, and took her to his house. “He pushed me down on the bed. We wrestled for my clothes,” she said. “I don’t know why it didn’t dawn on me to really fight. I just held onto my pants, and he’d hold my arms down, and he squeezed the sides of my stomach so hard, and so I let go... After a while, I just got tired. I just felt, maybe if he hurried up, I could just hurry up and leave.” After allegedly raping Hough, she claims he stood up, looked in a mirror, and repeatedly said, “I’m the man.”

Hough told The Real that she attempted to set a fire, douse Petty with contact lens solution, and swing a bleach bottle at him before escaping and running to school, where she reported the alleged events to the police. After he was arrested, Petty’s family allegedly claimed that he was in a relationship with Hough, which she denies: “I only knew him from the neighborhood.” When asked why she later tried to rescind her accusations in court, Hough claimed that her family convinced her to do so.

When Minaj’s marriage to Petty was first announced, Hough says she was “so afraid of being known as the person he violated” and didn’t want it “to reflect on [her] children.” In 2018, the rapper responded to questions about the allegations on Instagram by writing, “He was 15, she was 16... in a relationship.” Of Minaj’s comments, Hough said, “It was like reliving it again because it was a lie... We were both 16. We were never in a relationship. I just felt woman-to-woman, that was wrong of her.” She continued, “I don’t know you, and you don’t know me... You have a hundred and fifty-something million followers. They all believed it. It hurt.”

Hough claims she had a direct conversation with Minaj in March 2020, during which she told her “woman-to-woman, ‘This really happened.’” She says she’s since received multiple financial offers from Minaj and Petty, and after denying all of them, the offers allegedly turned to threats, which led Hough to file her lawsuit. “The last incident was when one of their associates put $20,000 on my lap, and I still kept saying no,” she told The Real. “The last message that I received was that I should’ve taken the money ’cause they’re gonna use that money to put on my head.”

With her lawsuit, Hough says she hopes to let Minaj and Petty know they “can’t do this to people.” “He did something a long time ago, and he had consequences that he was supposed to stick with. What they did to me and my family wasn’t okay,” she explained. “It doesn’t matter how much money you have [or] what your status is, you can’t intimidate people to make things go better for you, and that’s what they did.”

After the interview went live online, a major conversation was sparked on social media. “Jennifer Hough” began trending on Twitter, with many individuals logging on to share their support for her in the wake of the alleged harassment. Below, social media users’ reactions to Hough’s interview and how The Real handled such a sensitive subject.

More like this
What Is Ariana Grande's Net Worth? When It Comes To Money, She Has No “Problem”
By Hugh McIntyre
Tristan Thompson Plays Drake’s Best Man In A Music Video Wedding With 23 Brides
By Grace Wehniainen
Jennifer Hudson Becomes An EGOT Winner At The 2022 Tony Awards
By Jake Viswanath
Lily Allen Was “Quite Emosh” After Performing Sober At Glastonbury Festival
By Stephanie Topacio Long
Get Even More From Bustle — Sign Up For The Newsletter