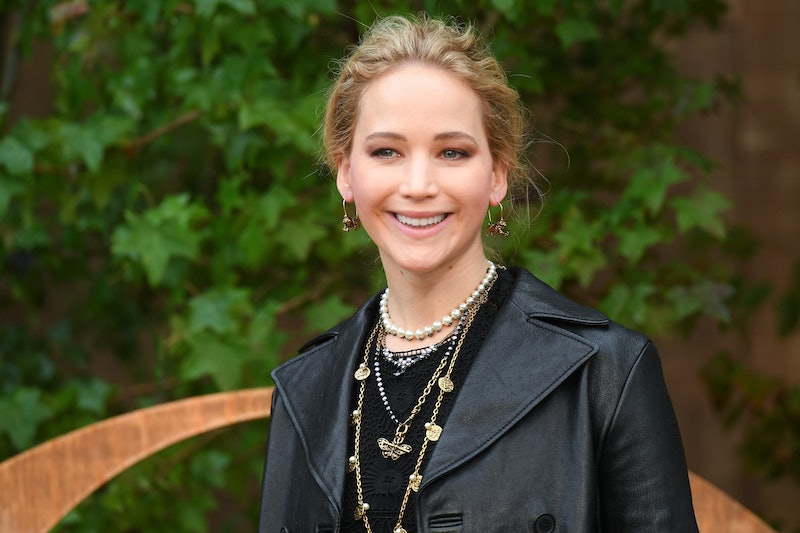 It’s official: Jennifer Lawrence is going to be a mom. On Wednesday, Sept. 8, the Hunger Games star’s rep confirmed to People that she is pregnant and expecting her first child with husband Cooke Maroney. Per the magazine, the 31-year-old Oscar winner was first linked to the 37-year-old art dealer in June 2018. According to Entertainment Tonight, the pair had an “instant connection and they were engaged by February 2019.

“When they were introduced last spring, the timing was perfect because they were both single and just enjoying an evening out with friends,” a source told ET, describing their romance as a “fairy tale.” “Things couldn’t have worked out any better because they have so much in common and truly hit it off. They both come from close-knit families, Cooke in Vermont and Jennifer in Kentucky, and then left and built successful careers. They both love to travel but also just enjoy just being alone together.”

Lawrence and Maroney wed on Oct. 19, 2019, at a 150-guest reception in Rhode Island. Several of the Silver Linings Playbook star’s famous friends were in attendance, including Adele, Emma Stone, Amy Schumer, Cameron Diaz, Kris Jenner, and more. A few months ahead of her wedding, Lawrence called Maroney “the greatest human being I’ve ever met” on a June 2019 episode of the Naked with Catt Sadler podcast. The actor also admitted that she wasn’t initially sure if she was ready to tie the knot.

“I definitely wasn’t at a place [initially] where I was like, ‘I’m ready to get married,’” Lawrence told Sadler. “I just met Cooke and I wanted to marry him. We wanted to marry each other. We wanted to commit fully. He’s my best friend, so I want to legally bind him to me forever. And fortunately the paperwork exists for such a thing. It’s the greatest. You find your favorite person in the planet and you’re like, you can’t leave. So I wanted to take that offer.”

Lawrence and Maroney have also reportedly been thinking about expanding their family for a while. Before exchanging their vows, a source told ET that the then-engaged couple was looking forward to having kids someday. “They both want children and have been discussing starting a family,” an insider revealed. “Their families truly believe they are meant to be; his family loves her family and vice versa, so their parents are excited. Their parents get along so well and are all looking forward to big family get-togethers.”