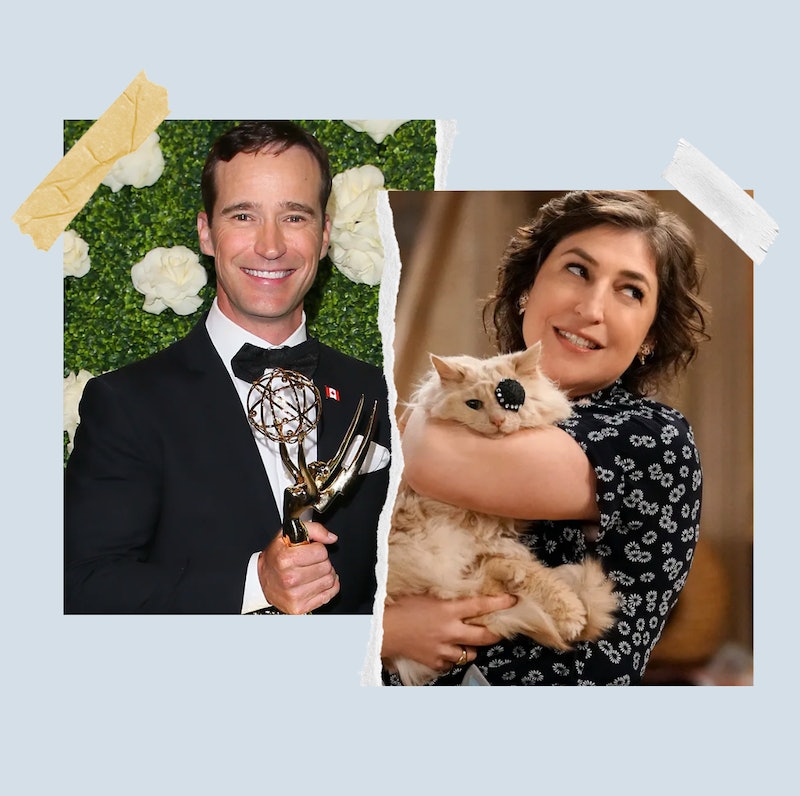 After testing several guest hosts for many months following the November 2020 death of longtime Jeopardy! host Alex Trebek, the popular franchise has finally selected not just one host to fill Trebek’s shoes, but two, in a rather surprise move. Sony Pictures Television announced on Aug. 11 that Jeopardy! executive producer Mike Richards will host the daily syndicated program, while Big Bang Theory star and real-life neuroscientist Mayim Bialik will host primetime editions of the show as well as spinoff versions such as the Jeopardy! National College Championship.

Trebek, the TV legend who had anchored the game show for an incredible 37 seasons before passing away at the age of 80 due to pancreatic cancer, became a household figure and one of the most respected people on the small screen. So for months, the show’s production company has been searching for a replacement who would appeal to its avid fanbase but also attract new fans. The guest hosting stints were largely seen as tryouts for the main job, with figures like Katie Couric, Dr. Oz, Green Bay Packers quarterback Aaron Rodgers, Anderson Cooper, George Stephanopoulos, CNN’s Dr. Sanjay Gupta, Robin Roberts, LeVar Burton, Savannah Guthrie, and even past champions Buzzy Cohen and all-time great Ken Jennings all taking a turn.

Richards has served as an executive producer of both Jeopardy! and Wheel of Fortune, so his experience and connections in that area of TV helped him nab this hosting gig. The 46-year-old has also produced shows like Who Wants To Be A Millionaire, The Price is Right, Let’s Make A Deal and Pyramid, and he has flexed his hosting chops on Jeopardy! in the past, as well as other talk shows and specials. He will also remain a producer, pulling double duty. Bialik, who currently stars in the sitcom Call Me Kate and has earned multiple degrees in neuroscience from UCLA, previously guest hosted Jeopardy! earlier this year. For her Jeopardy! duties, the 45-year-old Bialik is slated to lead any spinoff series as well as primetime editions.

Not everyone loves the new hosting choices. Richards’ past includes allegations of sexual assault, mistreatment from former employees, and even a lawsuit against him that claimed a model was fired from The Price Is Right after admitting she was pregnant. The case was settled out of court. Days before he was picked as a host, Richards reportedly sent this memo to the Jeopardy staff to address the allegations:

Like clockwork, Twitter had a lot to say about the announcement, and it seems that while Jeopardy! will continue unabated, there may be some who opt not watch with Richards now taking the job Trebek handled so brilliantly for so long. Many were clearly hoping that guest hosts like LeVar Burton or Ken Jennings would secure the role instead, while others point to the disliking of Richards and Bialik as a reason why this final decision is so disappointing to them.

One Twitter user reminded her followers that Trebek, years ago, once recommended legal analyst Laura Coates to replace him.