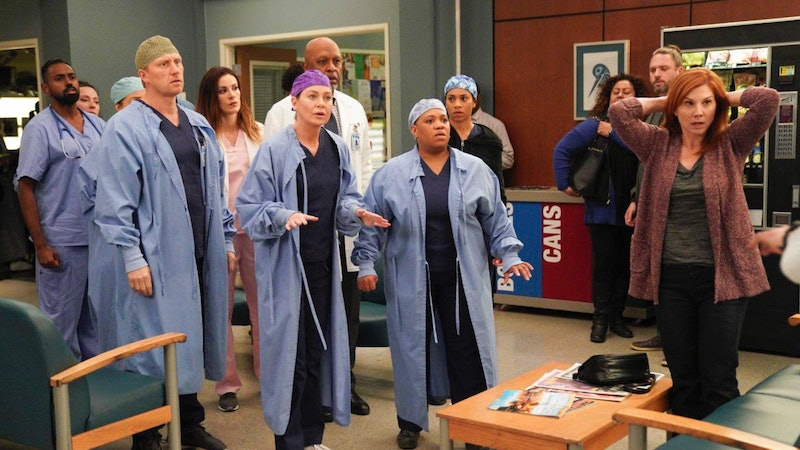 It’s the end of an era at Grey Sloan Memorial Hospital. Jesse Williams, who plays Dr. Jackson Avery, will be exiting Grey’s Anatomy for good after the current season because his two-year contract is expiring. His last episode will air on May 20. “I will forever be grateful for the boundless opportunities provided to me by Shonda [Rhimes], the network, studio, fellow cast mates, our incredible crew, Krista [Vernoff], Ellen [Pompeo] and Debbie [Allen],” Williams said in a statement issued to The Hollywood Reporter.

“As an actor, director and person, I have been obscenely lucky to learn so much from so many and I thank our beautiful fans, who breathe so much energy and appreciation into our shared worlds,” he said. “The experience and endurance born of creating nearly 300 hours of leading global television is a gift I’ll carry always. I am immensely proud of our work, our impact and to be moving forward with so many tools, opportunities, allies and dear friends.”

Vernoff, the showrunner on Grey’s, also issued a statement about Williams’ departure from the hit medical drama. “Jesse Williams is an extraordinary artist and activist,” she told THR. “Watching his evolution these past 11 years both on screen and off has been a true gift. Jesse brings so much heart, such depth of care, and so much intelligence to his work. We will miss Jesse terribly and we will miss Jackson Avery — played to perfection for so many years.”

The episode that aired on Thursday, May 6, set Williams up with a smooth exit from the show. His character Jackson reunited with his former love interest April, and after a lot of arguing he convinced her to move, along with their daughter Harriet, to Boston with him. In Boston, Jackson will take over his family’s foundation to help achieve racial equity in medicine. In the May 20 episode, he will resign from his position at the hospital and bid farewell to Grey Sloan Memorial.

Williams isn’t the first Grey’s actor to depart this season, either. In March, Giacomo Gianniotti’s character, Dr. Andrew DeLuca, was killed off the show entirely. And even though Jackson wasn’t killed off the series, his exit may come as a surprise to fans who’ve been watching him on the show for more than a decade. Others, however, may find his departure a bit less shocking. Two years ago, Williams considered leaving the show permanently, but he ultimately wound up renewing his contract.

Williams also hinted in February that he may not be around when the show comes to an end. “I’m certainly available and excited and we’ve had no indication of anything changing,” he said at the time. “I could also admit to being a human being that on a show 10 months a year, for 10 years, and raising a family, and prioritizing my kids and making sure I’m part of that decision is so that I can be home and be raising my kids every day and not be off somewhere for six months, or five months, or three months. Those are all decisions I’m proud of and stand behind.”

At the moment, there’s no word about whether or not Grey’s Anatomy will even return after Season 17. And even though many of the current stars are reportedly negotiating their contracts for the 18th season, there’s only one thing we know for sure: After 12 years on our screens, Dr. Jackson Avery will be sorely missed.