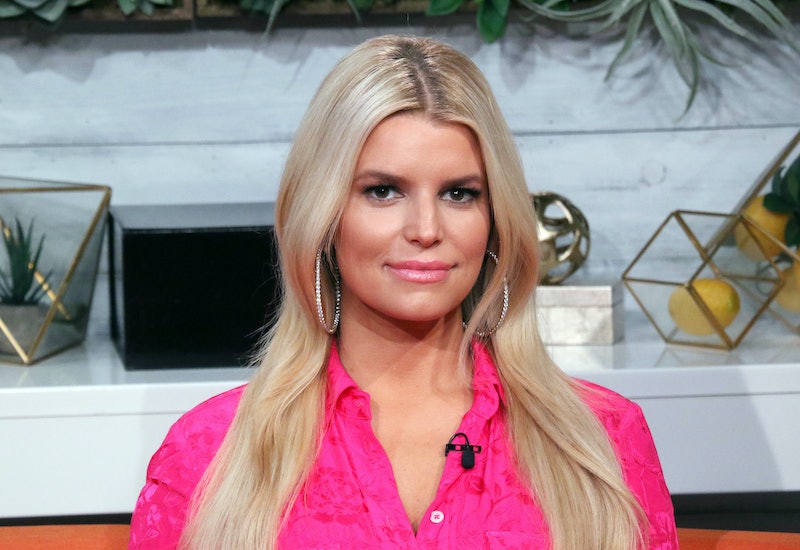 In the latest episode of Katherine Schwarzenegger's podcast The Gift of Forgiveness, Jessica revealed why she forgave her childhood abuser. For the 40-year-old singer, confronting the woman who abused her, a childhood friend, was an act of healing. "I couldn't move forward without letting her know that I wasn't going to just leave it unsaid," she told Schwarzenegger, per Entertainment Tonight.

Simpson first shared her experience as a survivor of sexual abuse in her memoir Open Book, which was released in February. In her book, she claimed that the daughter of a family friend — who was just one year older than her — touched her inappropriately when they shared a bed together when she was 6. She also revealed that she didn't tell her parents about the abuse until she was 12, and although they never spoke about it, they stopped staying at the family friend's home afterwards.

During her conversation with Schwarzenegger, Simpson said that it's been "about eight years" since she confronted the woman and offered her forgiveness. "I went to her and I just said, 'I know you know what was going on and I know that you were being abused,' because she was being abused by an older guy," Simpson claimed. "He was always there at the house as well, so he never touched me, but he would abuse her and then she would come to me and do the stuff to me and so, like, in so many ways I felt bad for her and I was allowing the abuse to happen."

The singer recognized that her abuser was also a victim of abuse, and even advised her to seek support to deal with what happened in their pasts. "I told her that she should probably talk to someone and find a way to understand those moments and to forgive those moments and to heal from those moments," she said. And, while Simpson admitted she did not want to see her abuser again, she made sure to tell her, "I just want you to know that I forgive you.'"

According to Simpson, the woman "really didn't say much," but just being able to confront her and ultimately forgive her allowed the singer to move forward in her own life. In her memoir, she identified the abuse as a contributing factor to her substance misuse of alcohol and drugs later in life. Now, Simpson has been sober for two years, and she credits therapy and dealing with her past traumas for helping her get to this place.

In a February interview with The View she shared that she believes confronting her sexual abuser helped her find a way to "use that pain to be stronger." She added, "For anybody that's experienced sexual abuse, I think it's important to confront the abuser if you can because the beauty is in forgiveness and that's how we let go."

More like this
Twitter Is Identifying With Sally Field & Jane Fonda’s Friendship In New Viral Video
By Jake Viswanath
Jessica Simpson On The Time She Was Pursued By A Backstreet Boy & An *NSYNC Member
By The Editors
Melanie Lynskey Met Her Husband Jason Ritter While Filming 'The Big Ask'
By Alyssa Lapid
'RHOSLC’s Heather & Whitney Are Still On A “Friendship Break” After Season 3 Reunion
By Jake Viswanath
Get Even More From Bustle — Sign Up For The Newsletter
From hair trends to relationship advice, our daily newsletter has everything you need to sound like a person who’s on TikTok, even if you aren’t.